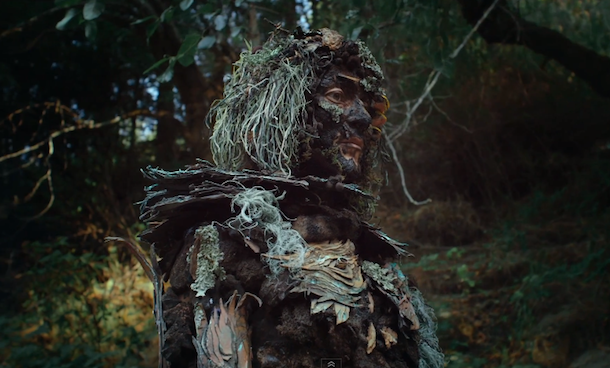 Metronomy have shared yet another intricate and amazing video for “The Upsetter” off this years Love Letters. The video follows a lonely primitive women who lives in the forest. She builds herself a man out of sticks and bark, who eventually comes to life when she decides to rub up on him.

According to the press release lead vocalist Joseph Mount had the following to say about the video:

Me and Oscar (Cash) went camping in Easte Prawle, Devon. One night we came back to our tents late after an evening at the local pub. The walk was very beautiful under the stars, we spent the whole time bumping into the sides of the road because we were craning our necks. Once back at the camp we caught our second wind with a bottle of whiskey and lit a fire. Uncharacteristically I found myself wishing we had brought an acoustic guitar along with us, Oscar has an impressive Beatles repertoire. I also desperately wanted to send some text messages, but we had no reception. The Upsetter is the campfire singalong we never had, it is played and sung entirely live.