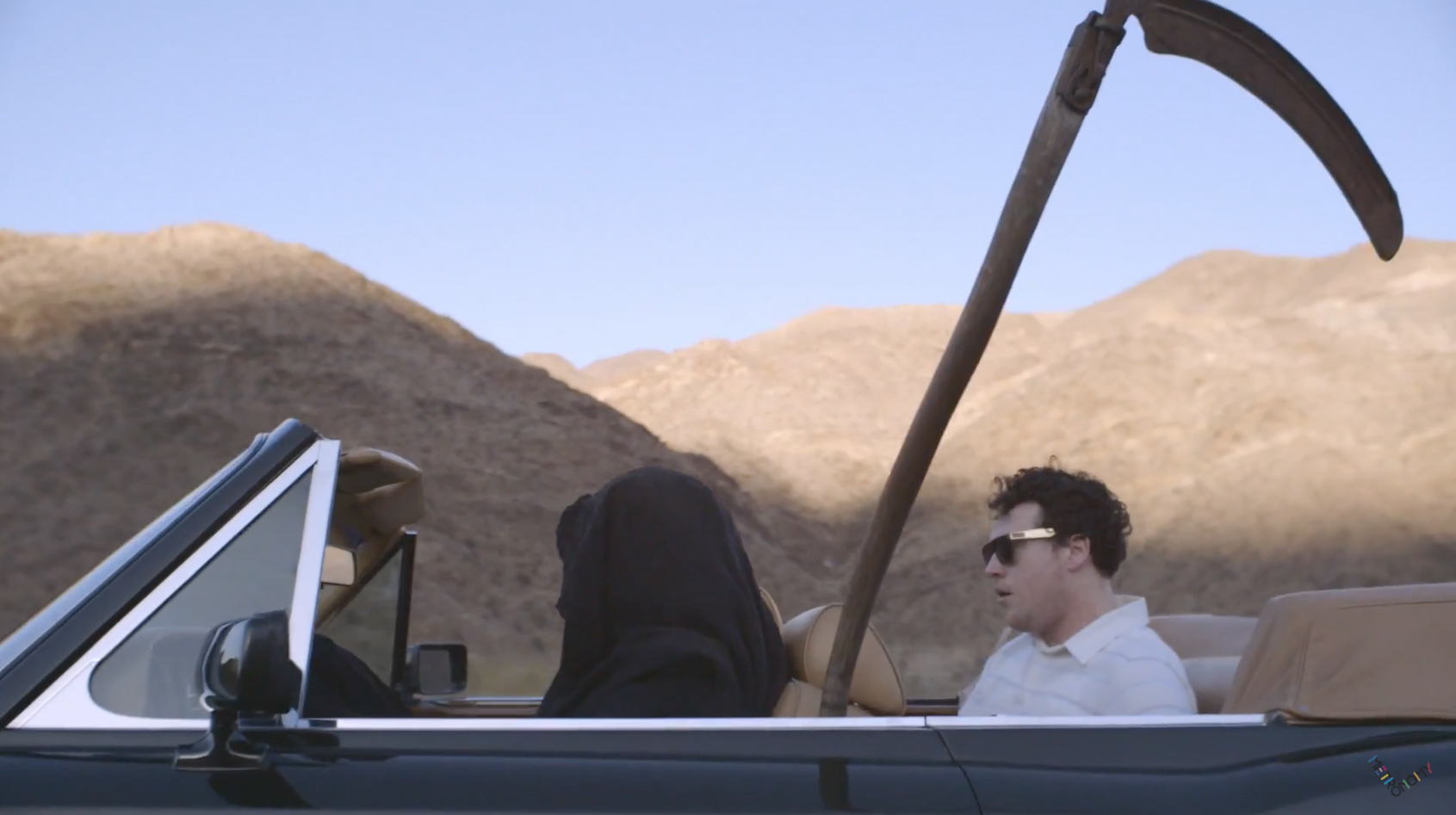 Metronomy just dropped their brand new album Summer 08′ and today they share a morbidly delicious video for “Night Owl.” Directed by Quentin Dupieux the video follows Metronomy’s own Joe Mount through the Palm Desert in Palm Springs with his girlfriend, played by cult film director Zoe Cassavetes, as they drive together in a Rolls Royce.

Their road trip is plagued by a number of unsettling occurrences where Mount is brutally murdered by his friends. The video also features a moving human brain, the grim reaper, and a bunch of hilarious fake bodies.

Here are a few quotes from the press release:

“I’m not saying I’m a master, but this video is a masterpiece,” says Mr. Oizo.

“Working with Mr Oizo taught me a lot about humility”, adds Mount.