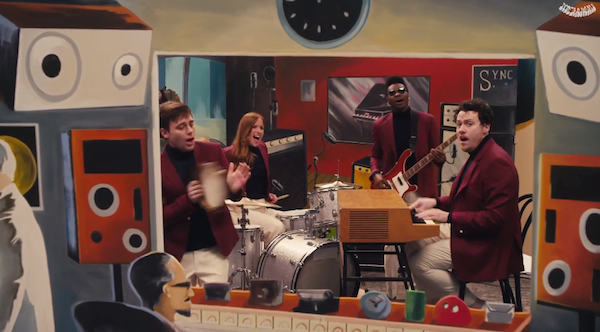 There are few records we’re more excited for in 2014 than Metronomy’s Love Letters which is set for release March 10th via Warner. The band has just released the new video for their poppy title track “Love Letters” which follows the band through a paper macho set as they play the track excitedly in matching red blazers.

Watch the Michel Gondry-directed clip below and mark your calendars for their tour dates below.