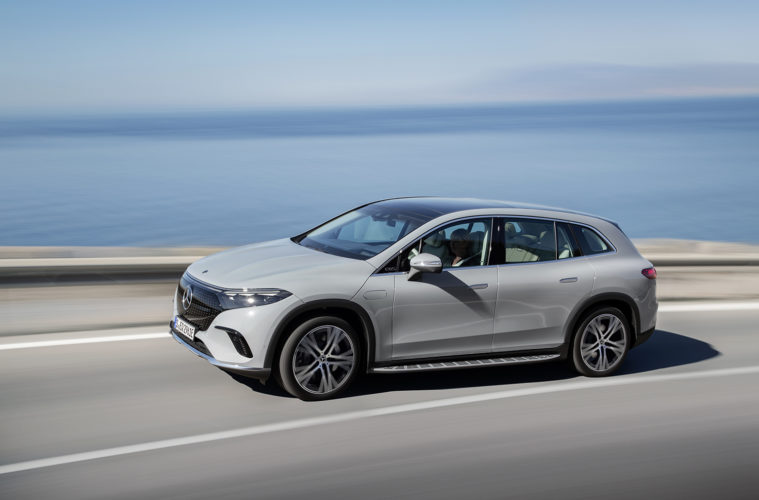 Mercedes-Benz continues its foray into the world of electric vehicles with the announcement of its new all-electric sports utility vehicle, the EQS SUV. This all-new electric vehicle from Mercedes isn’t simply a modified version of a previously released SUV. Still, it is an entirely new model designed from the bottom up, achieving a sleek look that isn’t possible for a standard combustion engine automobile. The new model will join Mercedes’ recently released sedan in the EQS family and is intended to rival the Tesla Model X and BMW iX. 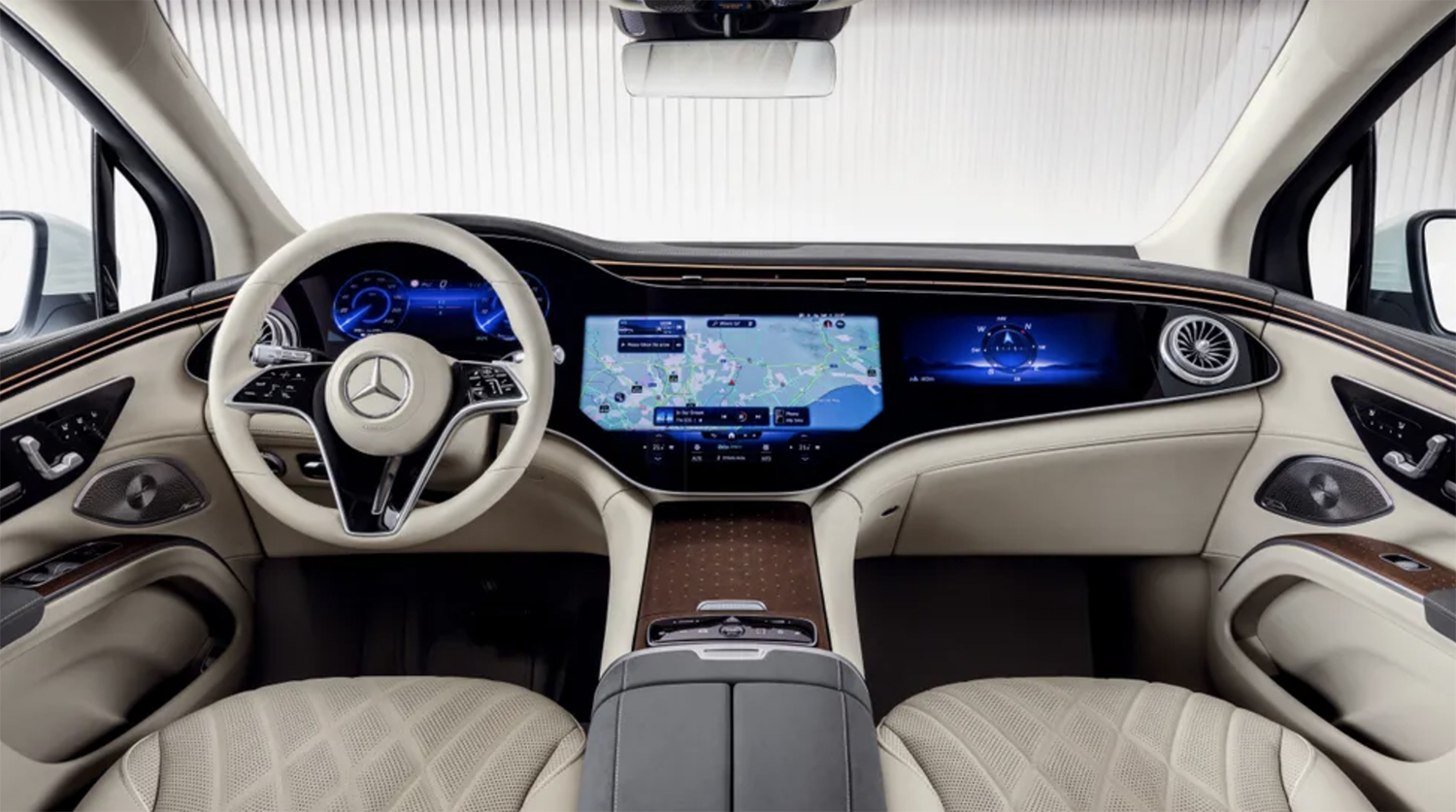 The EQS SUV’s interior features extra headroom, seven seats, and the new 56-inch Hyperscreen dashboard that stretches from door to door. This is definitely some sci-fi-type stuff right here. Say goodbye to physical buttons, nobs, and gauges, as there is also a 17.7-inch touchscreen primarily for infotainment functions and a 12.3-inch touchscreen for the passenger. With dedicated screens and touchpads in the backseats, you’re going to need some blue light block glasses! The EQS SUV will also come standard with wireless Apple CarPlay and Android Auto, a Burmester audio system, and wireless charging. 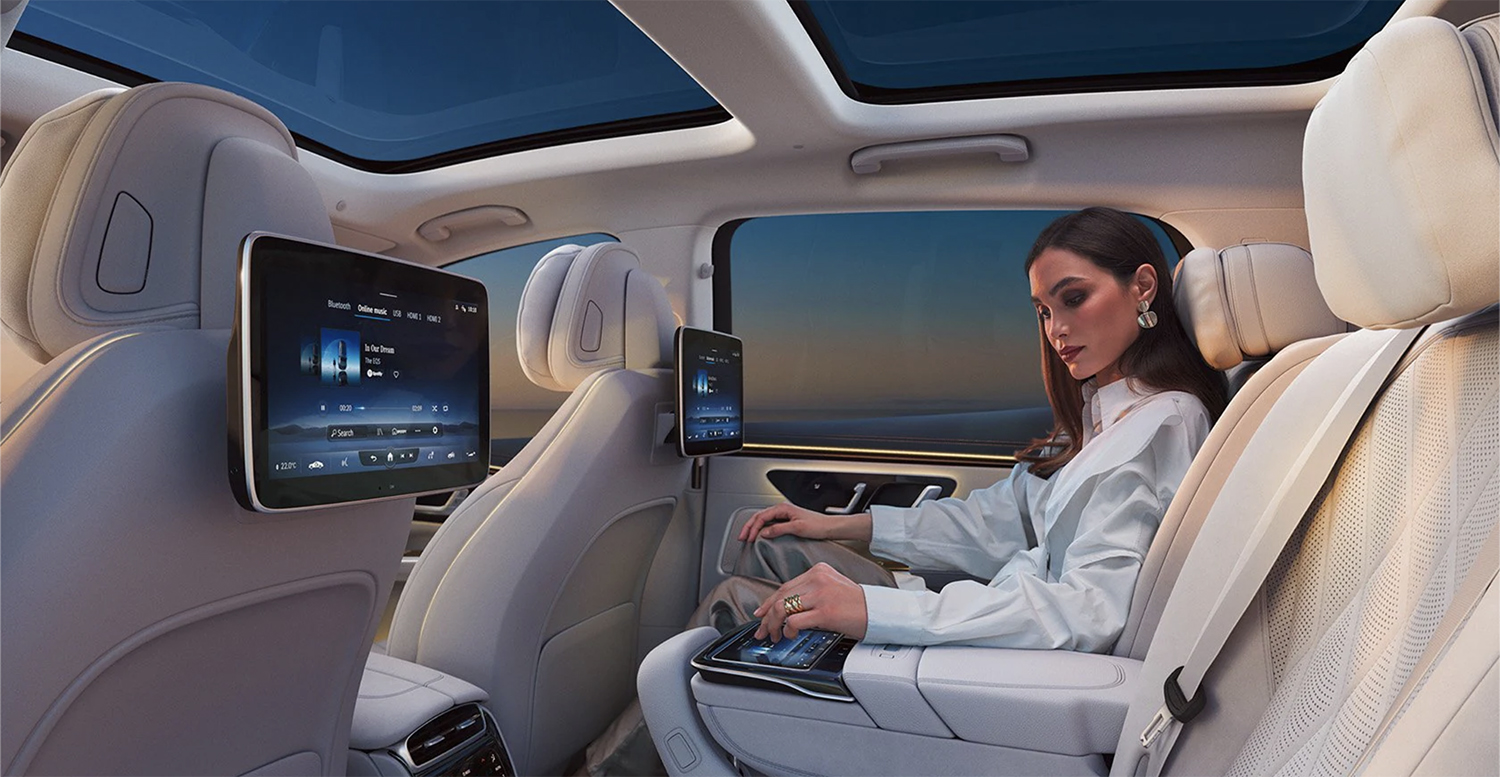 With the electric motors, the responsive 4MATIC all-wheel drive, and the intelligent OFFROAD driving mode, the EQS SUV can easily take on light terrain. WITH EASE, the EV can switch from  DYNAMIC SELECT,  ECO, COMFORT, SPORT, and INDIVIDUAL modes. The 4MATIC versions of the EQS will feature OFFROAD, an additional mode intended for, you guess it, off-road driving.

Finally, and here’s the whole point of the endeavour, the EQS SUV is a significant step towards Mercedes-Benz’s zero-emission goal, which will fulfil its Ambition 2039 program. The model is apparently produced in a completely CO2-neutral way.  Since 2021, Mercedes-Benz has ensured a subsequent offset with green electricity when customers use Mercedes me Charge to charge their cars in Europe and North America. High-quality guarantees of origin ensure that as much green power from renewable energies is fed into the grid as is withdrawn via Mercedes me Charge. The new Mercedes me Charge function Plug & Charge makes charging the EQS SUV at public charging stations that support Plug & Charge conveniently.

The Mercedes-Benz EQS SUV is set to hit the Canadian market later this year, and as such, we will reserve any further details until we can get behind the wheel and see what it has to offer.