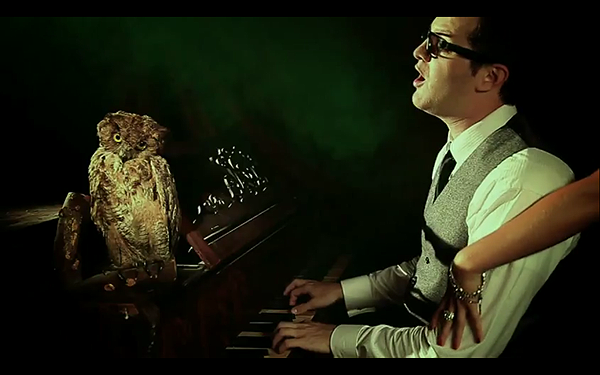 This is my favourite song off of the stellar Mayer Hawthorne debut record A Strange Arrangemen. “Green Eyed Love” on first listen, lyrically the song appears to suggest a tempestuous, ill-advised green-eyed girlfriend type, but as you watch the video you quickly realize this isn’t the case. Rather, Mayer takes a trip down absinthe lane, which at first seems like an awesome ride but quickly turns into a sweaty nightmare. The video certainly recalls and draws upon the 1970’s influence felt so thoroughly throughout the album and at times you almost forget that this video was just released and not drudged up from some basement archive. As you watch the video you almost feel bad for the guy, and want nothing more then to hand him a towel, especially considering he has the nicest outfit on, and you would honestly hate to see him ruin it.Â  But as is often the case our musical hero pulls through and everything is okay, but he will probably be extremely hungover the next day. Do watch this video, I really must insist and while you are at it check out the vinyl single here of this song and the accompanying remixes. I love the emerald green of the record, these guys always put out awesome vinyl you may recall the heart shaped record from the videoÂ  “Just Ain’t Gonna Work Out.”