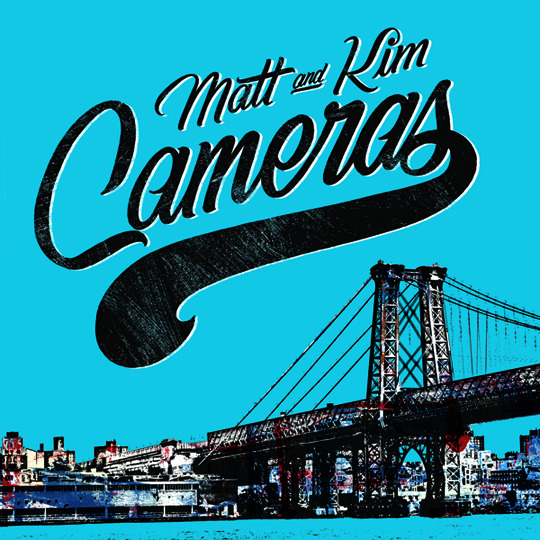 Check out the latest single from one of Brooklyn’s biggest indie pop duo’s Matt & Kim.

Following hot in the tracks of last years Grand LP and their slightly controversial video in which they strip naked in Times Square, this single is the first of many to come off their upcoming album releaseÂ Sidewalks.

The album is set to drop on November 2nd via The Fader Label and “Cameras” is only the beginning of their still developing style. We love the album art for the single, perhaps even more than we like the new track which is full of 80s influence and vocals punctuated by horn-like keyboarding that builds up to echoing upbeat chorus.

They’re knee-deep in a huge North American tour and they’ll be stopping by our humble city in October to play the Phoenix in full on spooky fashion on devils night (29th).

Give their freshest track a listen below.