Our day two at World MasterCard Fashion Week started off with a bang as we entered the main runway room rather late greeted by two spooky models on planetary platforms wearing their Matière Noire uniforms and structured wool caps. Clashes of thunder set the tone for the first of two Mercedes Benz Start Up winners Malorie Urbanovitch & Cécile Raizonville, who both showed their collections last season and tied.

Matière Noire definitely set the bar high in terms of production at her fall winter 2014 presentation. Setting the scene with models on platformed adored with moon-decalled sweatshirt dresses, hip hugging skirts with belt holes, and structured wool caps, Cécile Raizonville definitely did a great job of making an impression on the audience during her show.

Next up was the second Mercedes Benz Start Up winner Malorie Urbanovitch who showed a more conservative collection of knits and finely tailored outerwear in fuzzy avocado green and cream checks. The collection wasn’t as exciting as Matière Noire, which kind of overshadowed the simplicity of Urbanovitch’s minimal wearable collection.

We’re always delighted to see what Mélissa Nepton is coming out with each season since she seems to hit sporty, feminine, and luxurious in every collection so perfectly. This season she managed to also hit edgy with touches of leather spread throughout the metallic, cream brocades, and geometric prints, while still keeping it feminine with pops of dusty rose and lace cut outs.

Take a look through the highlight from day two below. 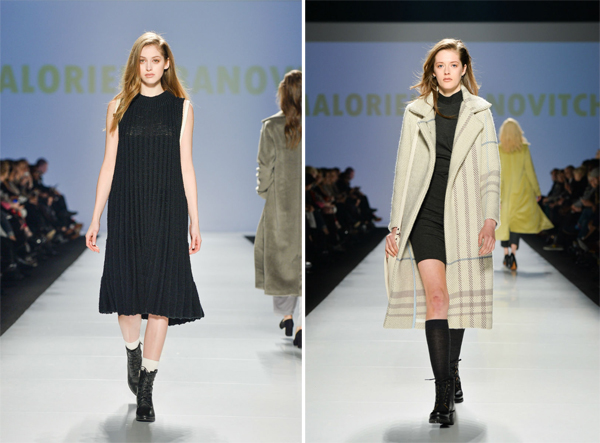 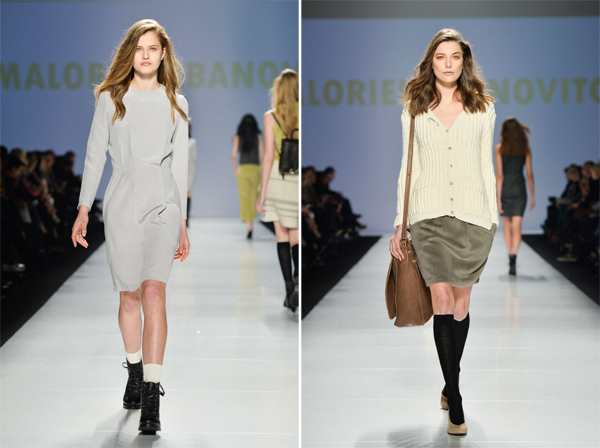 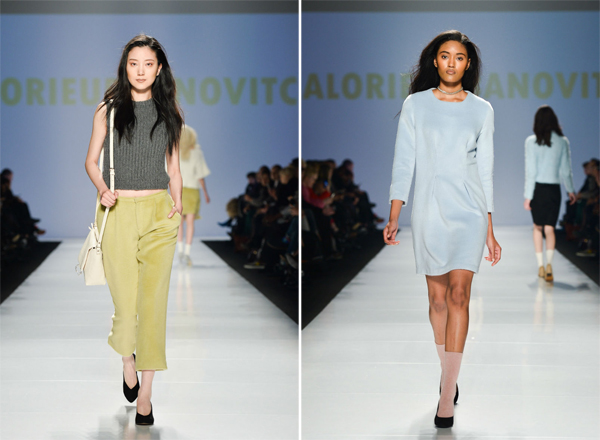 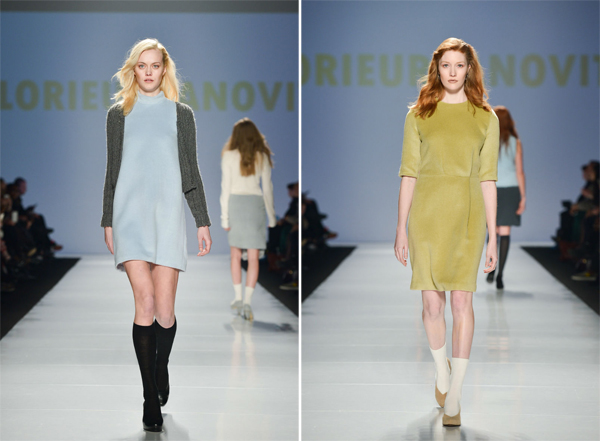