Mastodon, a microblogging platform founded in 2016 by German programmer Eugen Rochko, has seen a surge in new users over the past few weeks. This move comes after billionaire entrepreneur Elon Musk bought Twitter for $44 billion USD, now owning approximately 82 percent of the company, according to Forbes.

Since taking over, Musk has flipped the script on the operations and strategy of the company, including requiring people to pay $8 a month to be verified instead of being vetted based on users who are “authentic, notable, and active,” as seen with the current blue check verification process.

Musk has also made waves by letting go of key executives and developers and installing new guidelines on what kinds of content can float freely on the platform. Many analysts have noted how he has questioned whether or not anonymity can exist. This has served as a wake-up call to those users who relish using the platform to organize, share misinformation, troll, and in some cases, downright bully others until they disappear.

Whatever camp you fall in (the anonymous posters vs. those who have to provide all their information for work and reputation purposes vs. those who just lurk), we are seeing a possible shift in how people want to type their “truths” and share their digital lives in 2022 and beyond.

Enter Mastodon, the non-profit platform that replaces tweets with toots, but which also bears many similarities to the Twittersphere that many have become accustomed to. According to its founder, Mastodon currently has more than 1 million active users, with thousands more joining every day.

The original server “mastodon.social” is currently full, but there are plenty of other servers to choose from. You can look through topics of interest via the Mastodon website and see what suits you.

Like Twitter, Mastodon allows users to share photos, videos, memes, and links in real-time. Where Mastodon differs, however, is in its backend, which is a decentralized approach composed of interlocked independent servers that help to streamline the display of content on the platform. Think of it like different phone carriers that can call each other. 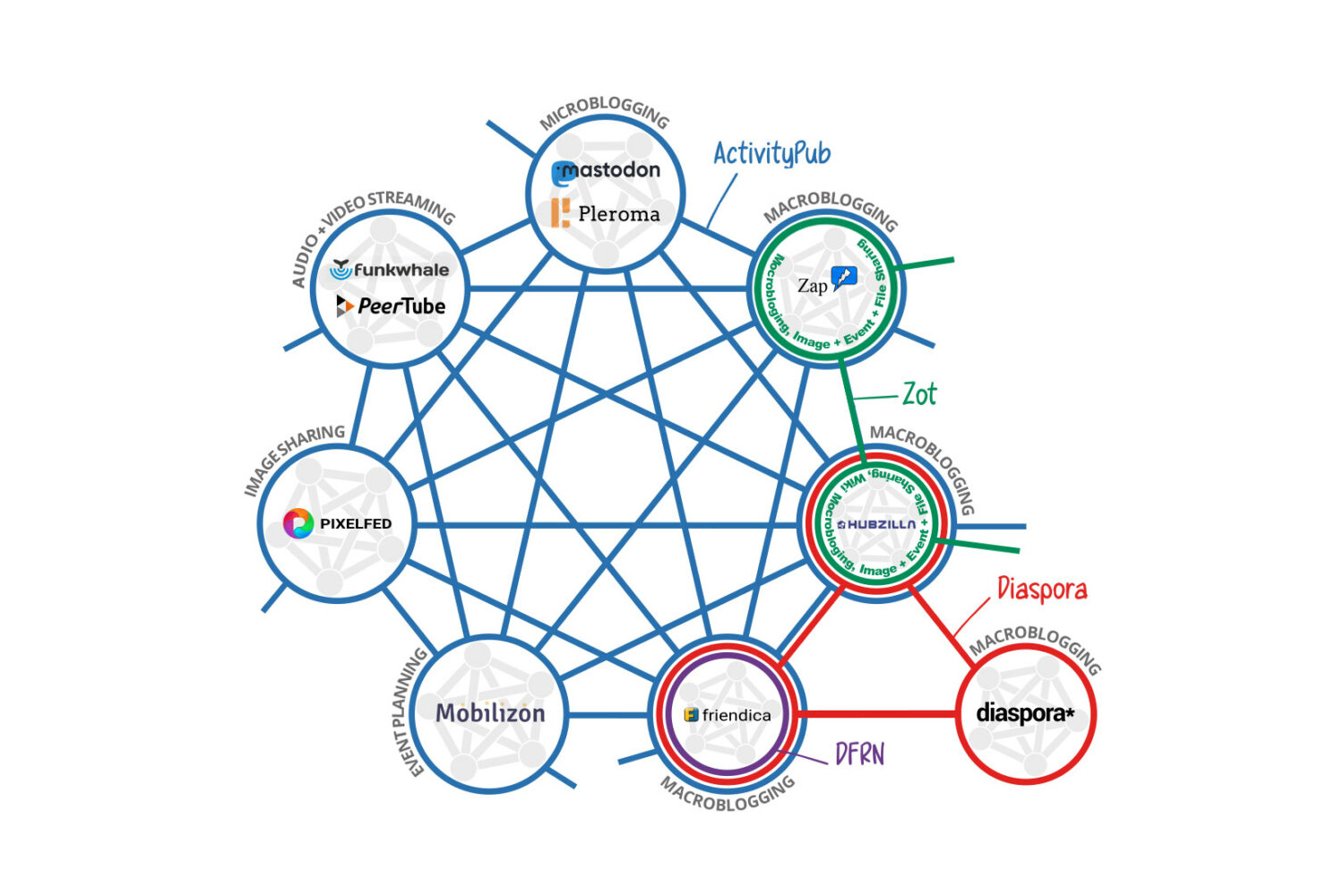 Each server has its own commander-in-chief manning the feed, so users are putting their trust in those administrators. They set and govern the rules and conduct. Instead of the Twitterverse, Mastodon is part of the Fediverse, which is comprised of open-source, decentralized apps. For example, PeerTube is an alternative to YouTube and can be found in the Fediverse, too.

Anyone can run their own server, and both users and moderators can block certain servers. There is also a filter option for languages.

On Mastodon, which is ad-free, users have their own address and can message or mention other users who are on a different network. They can reply to and boost (retweet) content. But there is not one single timeline, rather notifications are pushed to each user’s feed. There is also the local timeline of all those on your server and the Federated timeline of everyone using Mastodon. Everything is presented chronologically, so not driven by algorithms.

Administrators can also set their character limits. A standard instance is 500 characters (which can be raised), and you can find out more tips by going to Fedi.tips on Mastodon.

There are already comments and warnings about political posts and other triggering content making its way on Mastodon, which is addressed so that there is some control before the spew of hate overwhelms discussions.

Whether or not Mastodon will last in popularity is anyone’s guess. Some have remained in a “wait and see” mode, while others have completely jumped ship from Twitter. The interoperability of our online world, which writer and activist Cory Doctorow has been talking about for years may soon have more supporters rallying against centralist models that have invaded the internet for the past decade.