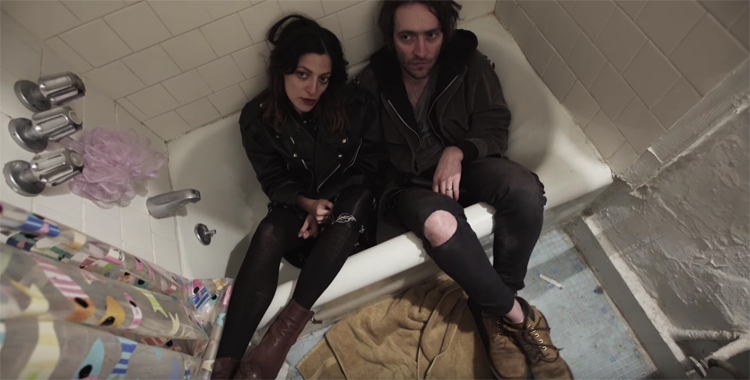 File this under one of our favourtie things of 2016 so far. Hooray For Earth’s Noel Heroux has a new solo project under the name Mass Gothic with a debut record on the way. Late last fall he first teased the project with “Nice Night” and now we’ve got the first proper music video. Featuring Heroux’s partner & collaborator Zambri’s Jessica Zambri, the track is a joyful celebration of chaos. When everything feels like it’s falling apart but there’s one person who’s there, and maybe you feel a little guilty about all the saving. Wanting the same things but being on different paths, and maybe ignoring that fact and just leaning into it instead. Rollercoasters are more fun with someone else along for the ride, right? The video features Heroux and Zambri gallivanting in the dark between bars and bathtubs. Check out the video above. Dare you not to play it on repeat.