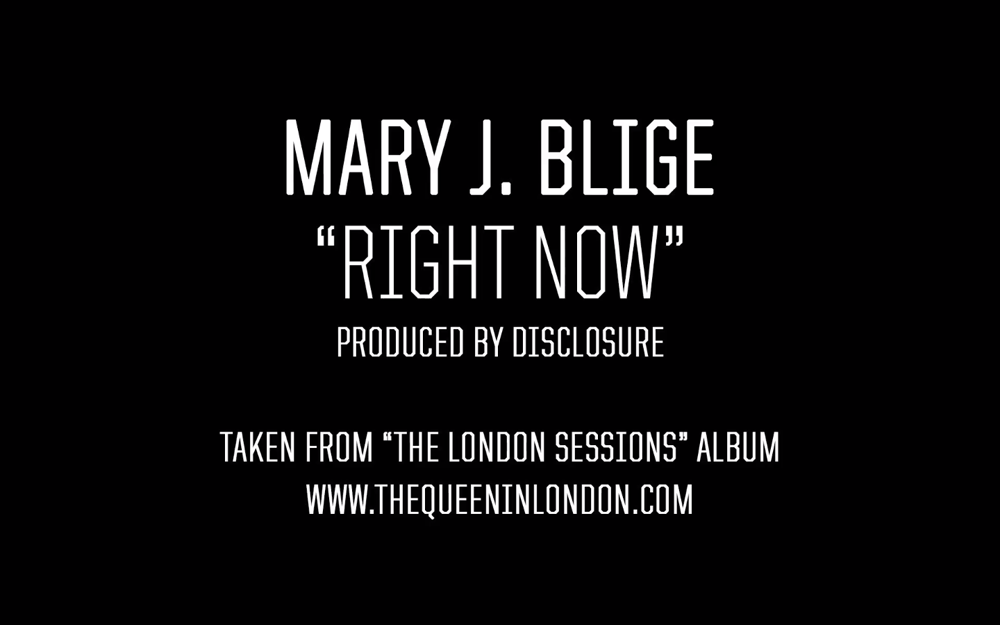 The queen of R&B, Mary J. Blige has announced a new forthcoming album titled The London Sessions, due in November.As the name suggests, Blige has been across the pond, in the studio, working with executive producer Rodney “Darkchild” Jerkins and British hitmakers including Disclosure, Sam Smith, Emeli Sandé, and Naughty Boy. To garner excitement for the album, the R&B singer has shared the first single, “Right Now”, produced by Disclosure and co-written by Disclosure, Smith, and Jimmy Napes. Listen to it “Right Now”  below.