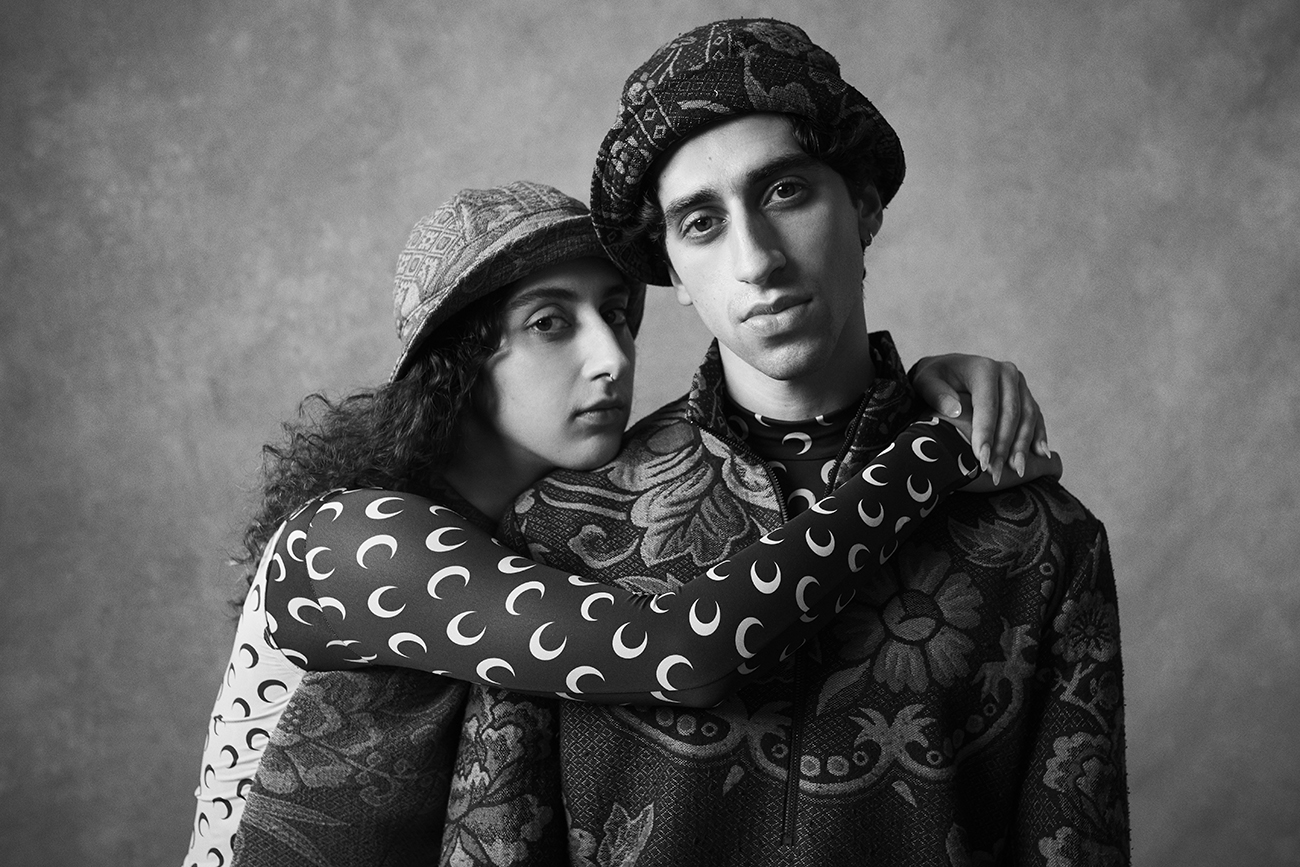 This season, Marine Serre presents its Spring/Summer 2021 collection through a short film in collaboration with directors Sacha Barbin and Ryan Doubiago, and composer Pierre Rousseau.

Amor Fati is an invitation to embrace life’s pleasures and adversities freely and without judgement. The choice to create a film for this season’s collection reflects the circumstances in which we are presently living in. The need for change and adaptation is explored through the cyclical visual narrative of the film, where the characters seamlessly mutate as they move through three symbolic environments – a laboratory, a natural landscape and an underground water-world – each charged with layered narratives and accumulative emotions.

The SS21 collection presents Marine Serre’s sharp tailoring announced through a duo-colored ‘moon lozenge’ jacquard weave. Repurposed tailoring fabrics are given a second life through sleek menswear pieces, while fiery red and jet-black athletic garments offer a wardrobe that enables free movement. The palette shifts through optical knitwear in kaleidoscopic sapphire and cobalt blues. Sinuous forms are influenced by the organic world, with the brand’s classic regenerated denim updated through a laser engraving of the ‘moonfish skin’ pattern, which also appears in recycled jersey fabrics, creating a utopian augmented body.