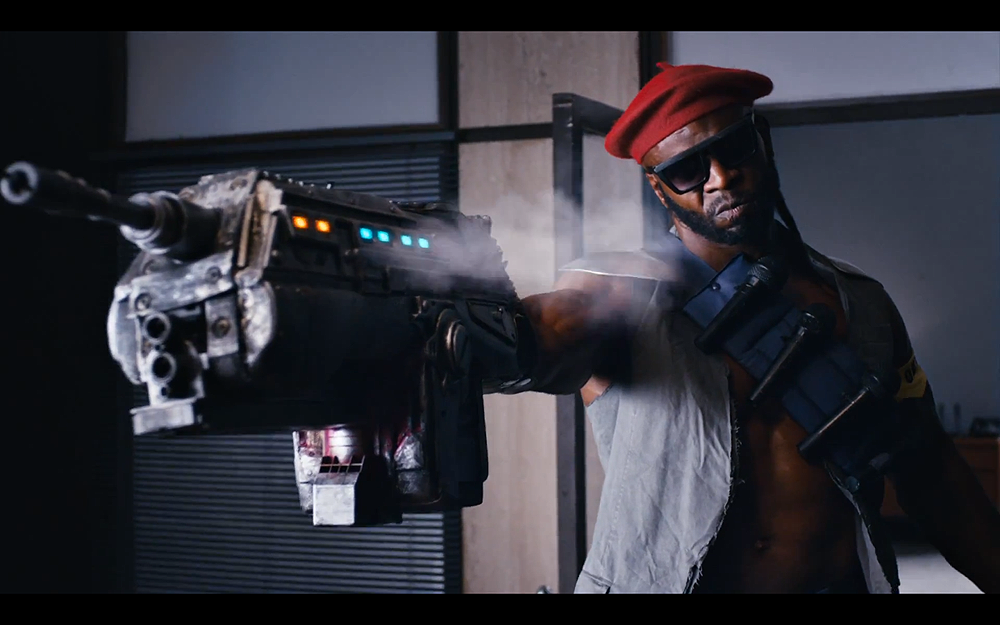 Major Lazer presents the official music video for their single “Scare Me” from their second full-length album Free the Universe. The live action video was directed by Brandon Dermer, and stars Terry Crews, comedian Nick Kroll, Workaholics star Blake Anderson, Lauren London, and more. There is plenty of off-screen violence with zombie decapitation, vampires, laser cannons, and an epic fight with the boss General Rubbish. Watch below.