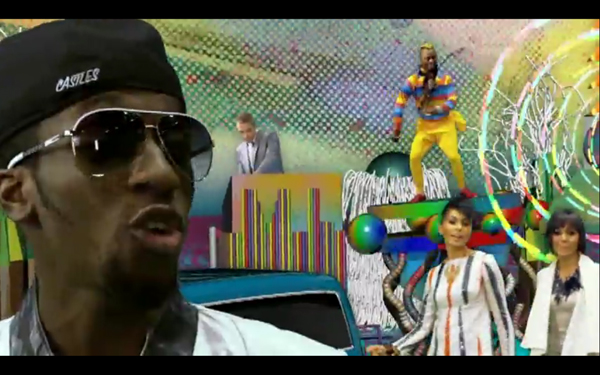 Check out the latest and rather disturbing video from Major Lazer, aka Diplo and Switch, latest single “Keep it Going Louder,” featuring Nina Sky and Ricky Blaze, off of their 2009 Guns Don’t Kill People, Lazers Do.  Other than the incredibly distressing video, the song is pretty good, this is most due to Nina Sky, who carries the bulk of this song and the autotuned Ricky Blaze is an alright addition. The video was directed by Eric Wareheim, who also worked on the video for “Pon De Floor” with editing and animation by Fatal Farm, check it out!