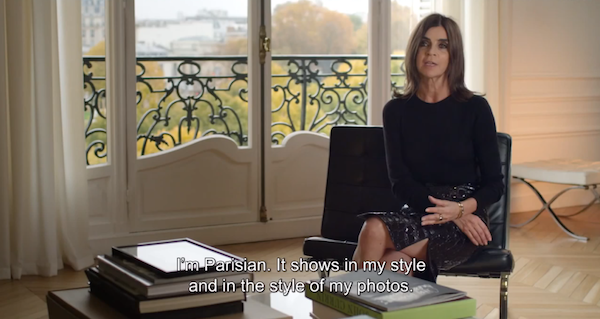 The fashion visionary Carine Roitfeld has her own documentary film chronicling her life in the industry from French Vogue to the launch of her new publication CR Fashion Book. Hitting theatres on September 11th, the film features a ton of cameos practically every designer including Donatella Versace, Alber Elbaz, Tom Ford, Karl Lagerfeld, Mario Testino, Riccardo Tisci, Diane Von Furstenberg, and Alexander Wang.

Watch the preview below and see you and your Louboutin’s at the theatres next month!