Made in America Festival Announces Line-Up 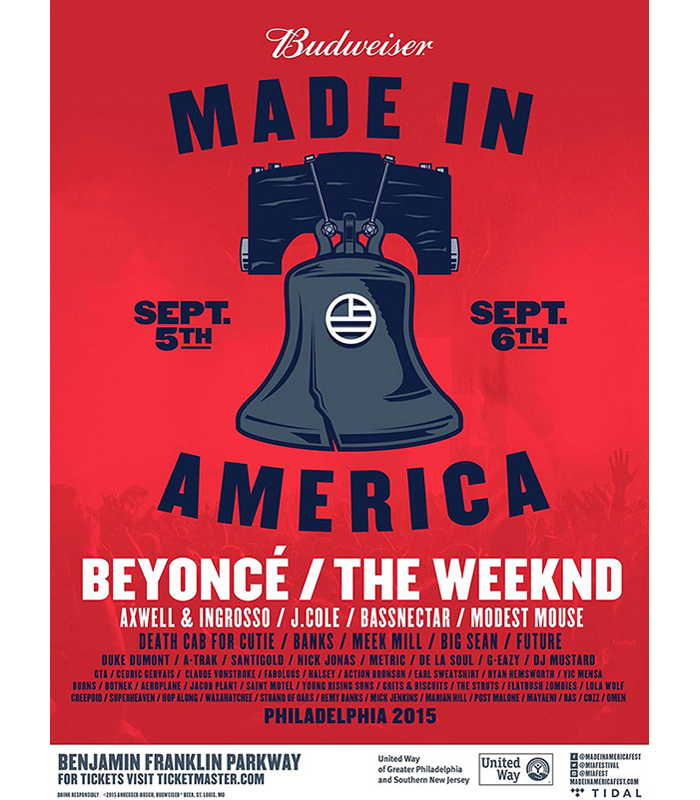 Unfortunately, the Made in America Festival won’t be returning toLos Angeles, where it was held at the exact same time as the Philly fest last year.