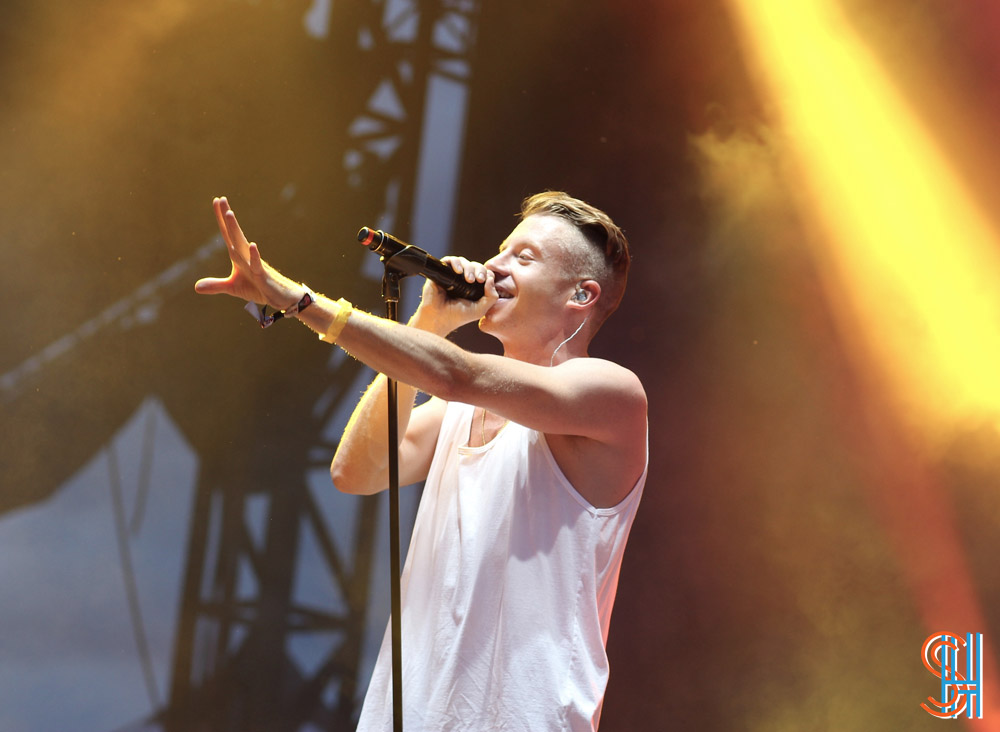 Probably one of the most hyped sets of Osheaga, we headed over, rain subsiding, to watch Seattle rapper Macklemore and producer Ryan Lewis play to a see of sixteen year old girls.Thankfully we huddled backstage for most of the set and were even there when Macklemore ranted for about five minutes about gender equality, before bringing out Tegan & Sara to sing on “Same Love.”

An epic showman, Macklemore headed out into the crowd for “Can’t Hold Us” walking on hands an knees through the crowd until he secured a place on the hands or shoulder of one of his die hard fans while Ryan Lewis held it down on stage..

Check out our photos and vines of the set below. 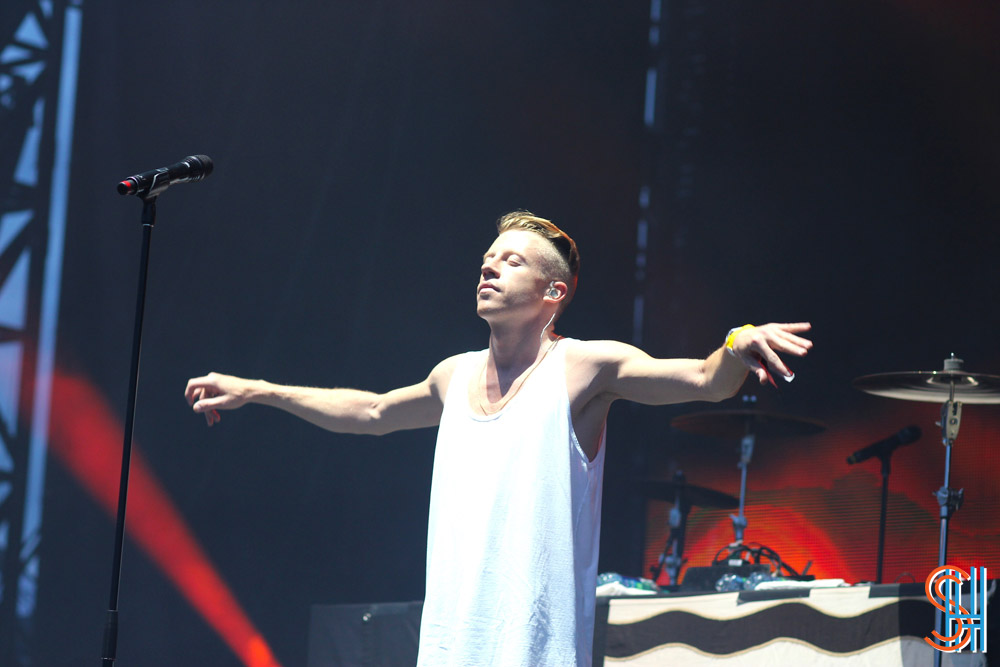 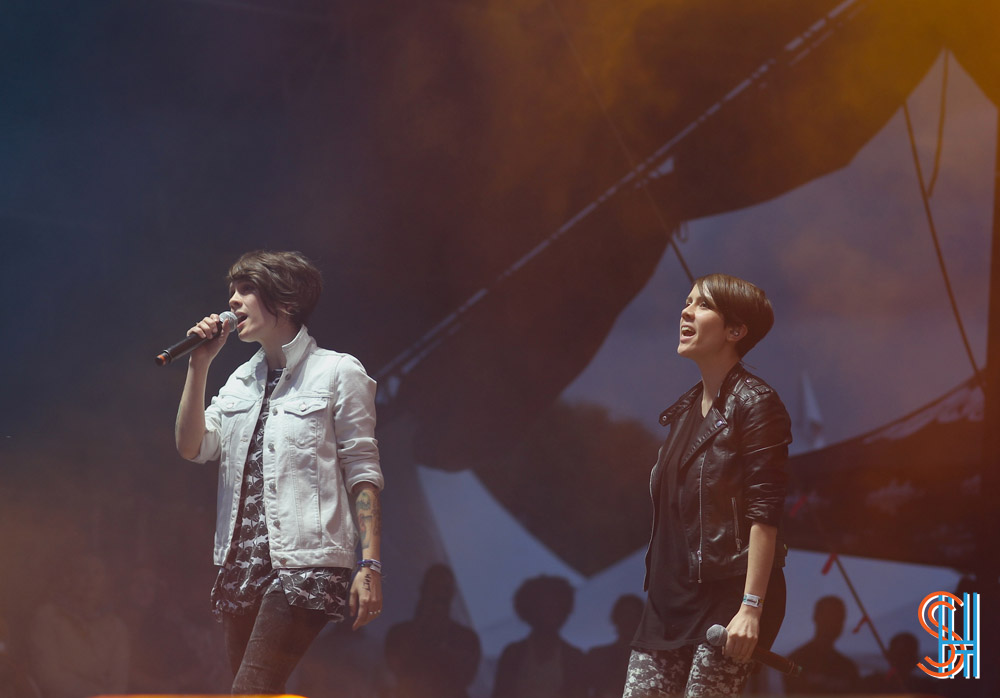 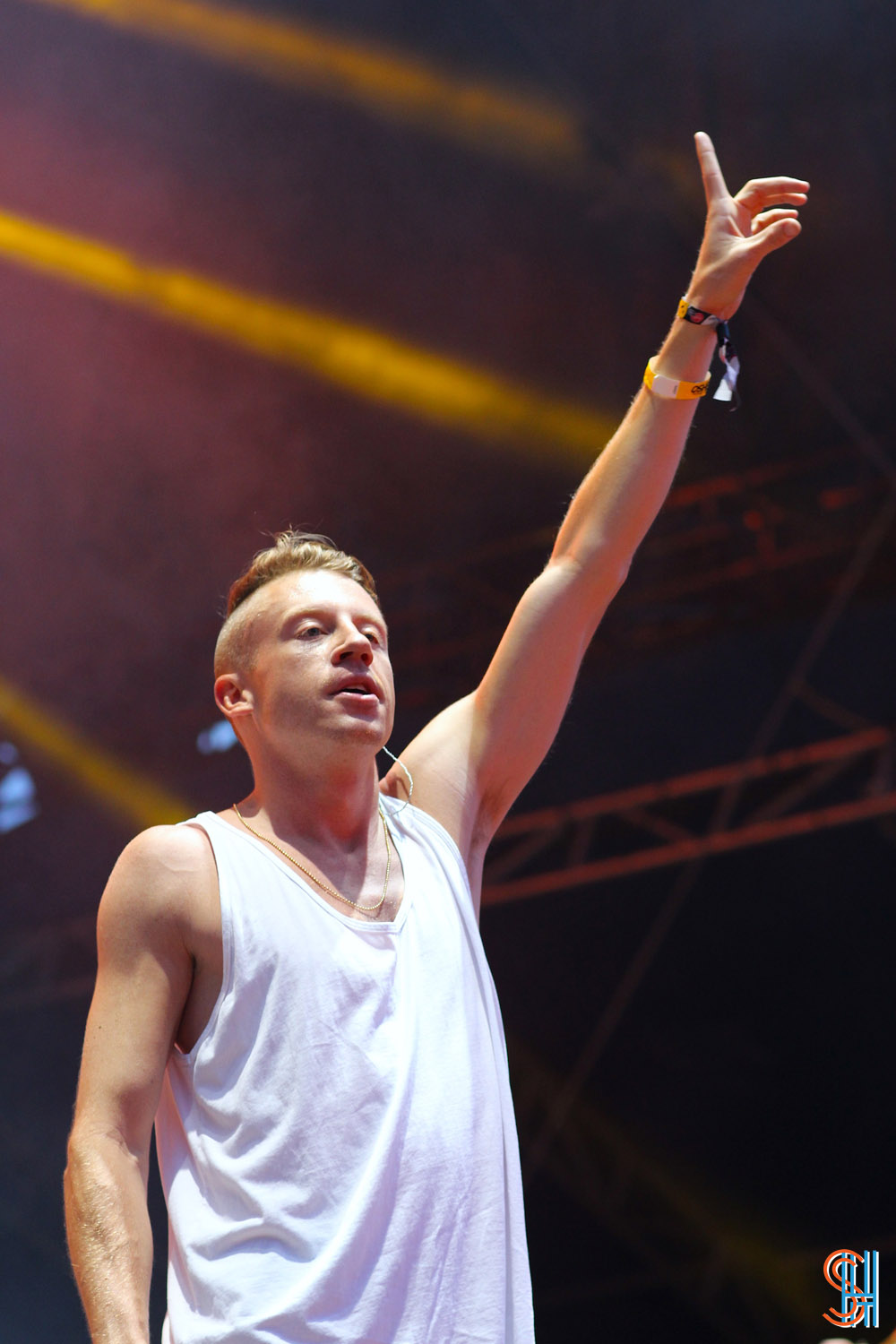 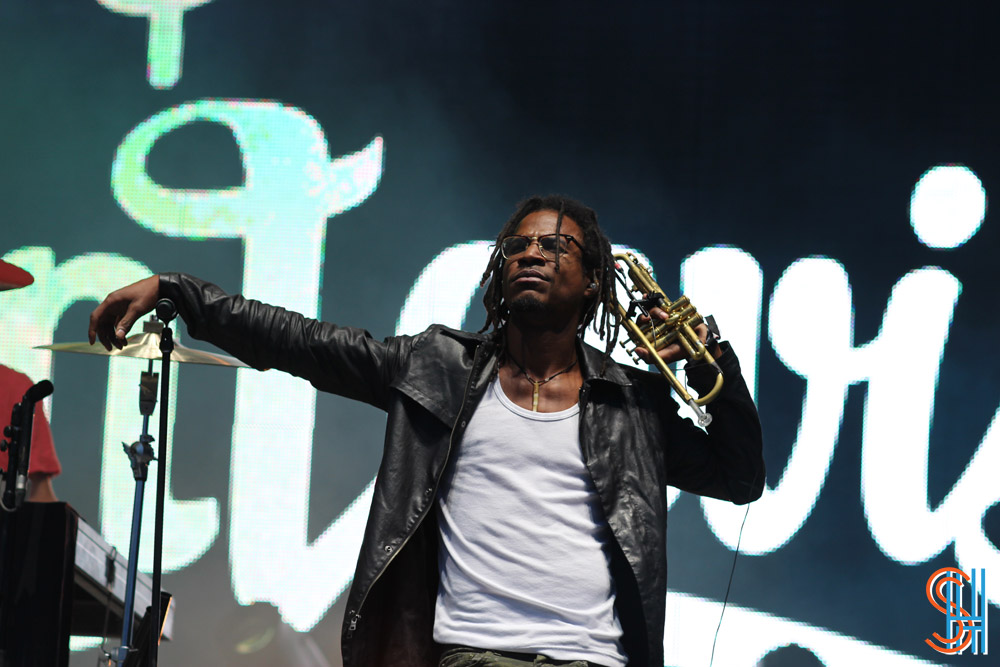 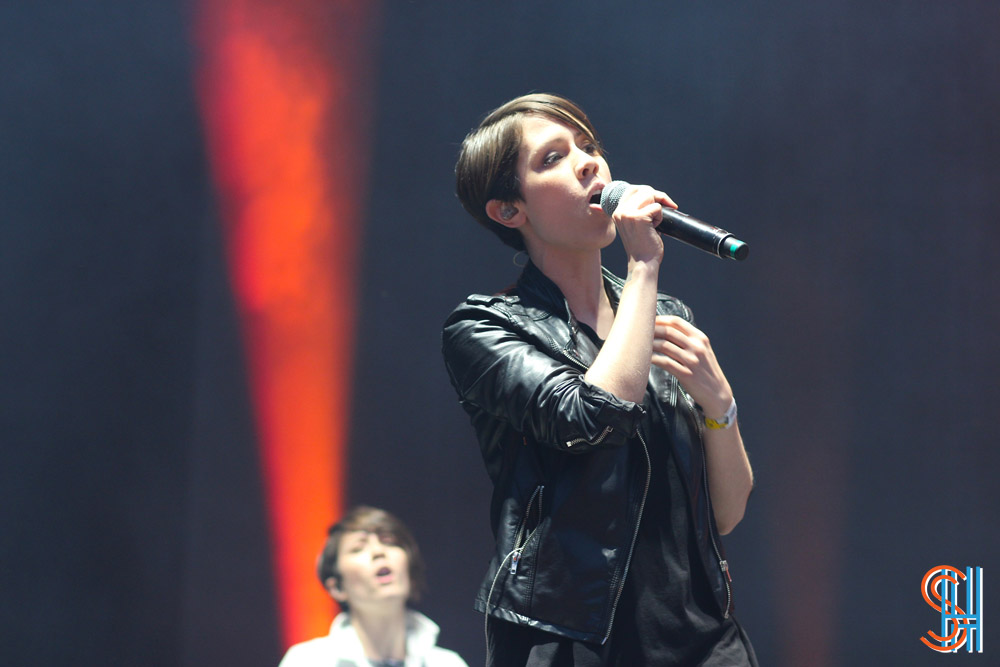 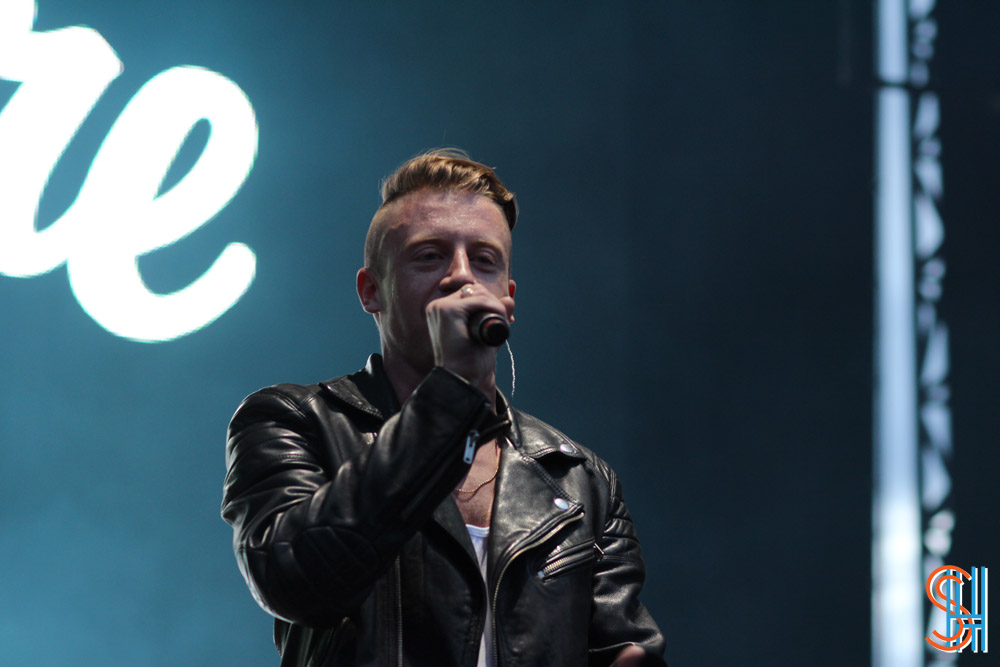 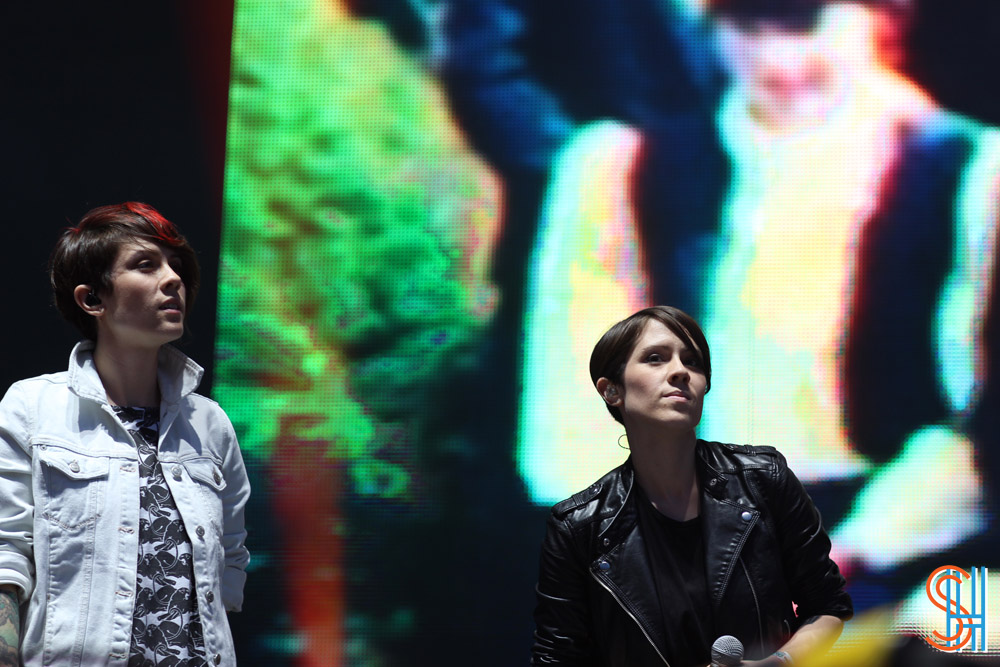