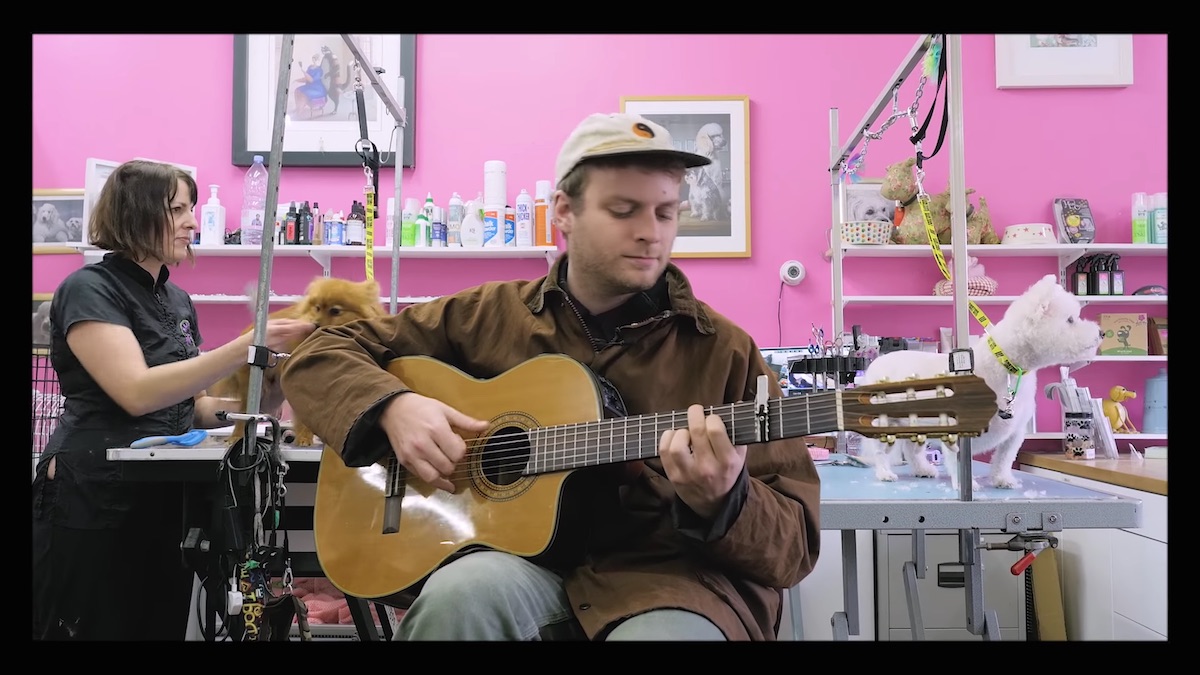 Mac DeMarco recently hit up an East London dog grooming salon, Pet Groomers, to perform his new single “This Old Dog,” because of course he has.

With two pampered pooches set beside him and an acoustic guitar on his knee, Mac introduces the song:

“You might be asking, ‘Why is Mac at Groom Dog City?’ Well, probably because the next song I’m gonna play is ‘This Old Dog,’ and though I may not be speaking about a real dog in the song, this is probably what my press will look like for the next two years.”

Let’s usher in the Mac DeDoggo era. His new album This Old Dog is due out May 5 via Captured Tracks.

Watch Mac perform “This Old Dog” for Crack Magazine above.