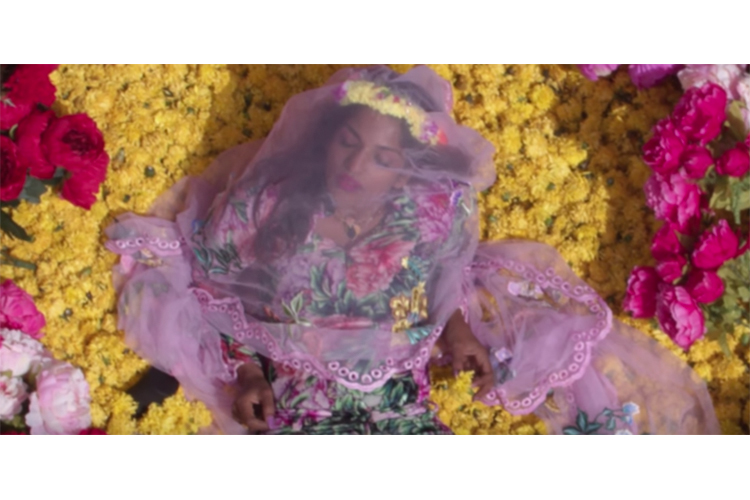 Earlier this year M.I.A. shared an alternate fan requested version of “A.M.P.”, a track off her fifth album AIM which came out fall 2016.

It seems M.I.A. has plans to continue to kick 2017’s ass seeing as she’s dropped a new track with a dope video to match. The track is called “P.O.W.A” and has the beloved bad girl herself slaying lines like, “I’m not Rihanna, I’m not Madonna, I’m not Mariah or Ariana/I’m been around in this world causing drama/The real spice girl, hot girl power.” The video is also directed by M.I.A. and features herself & some very coordinated dancers in a vast landscape amongst wind.

M.I.A. also tweeted the lyrics so you don’t get it twisted: 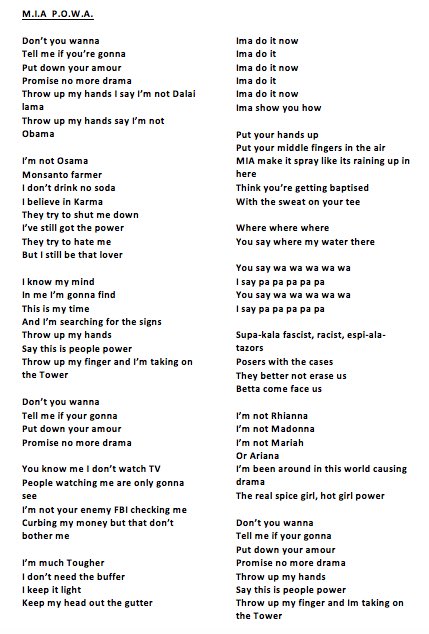 AIM is out now, grab it via iTunes here. If you want even more M.I.A. it’s been announced that she’s curating this year’s Meltdown Festival – anyone wanna take us? <3