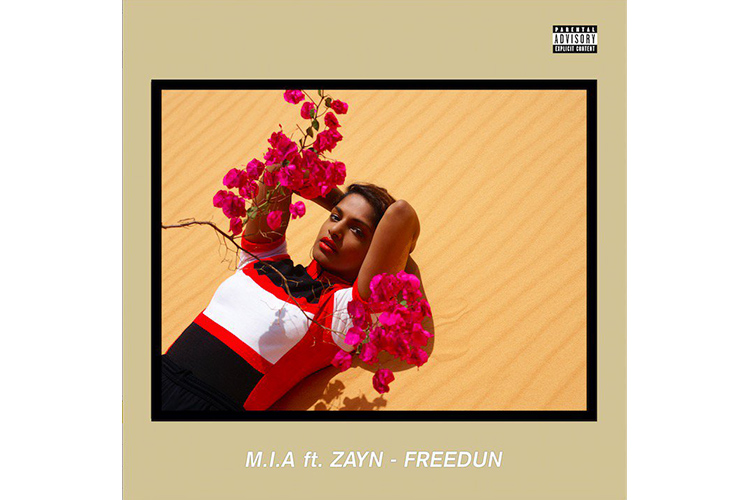 M.I.A. has had a busy couple of weeks. Despite some controversy leading to AfroPunk London canceling her set and drama surrounding her Diplo collab, M.I.A. and team are going full speed ahead with her fifth studio album AIM. A few weeks back, M.I.A. teased a collaboration with another British artist who shares similar roots, Zayn Malik. She said they wrote a song together via WhatsApp. That song came out today and it’s called “Freedun.

She appeared on Annie Mac’s BBC Radio 1 show tonight to premiere the song and explain how it came out. According to the interview, the album was already submitted to Interscope and she was on her way to India when the opportunity to have Malik feature came up. He takes charge of the harmonies and the hook on this one.

Listen to “Freedun” below. AIM is out September 9th.