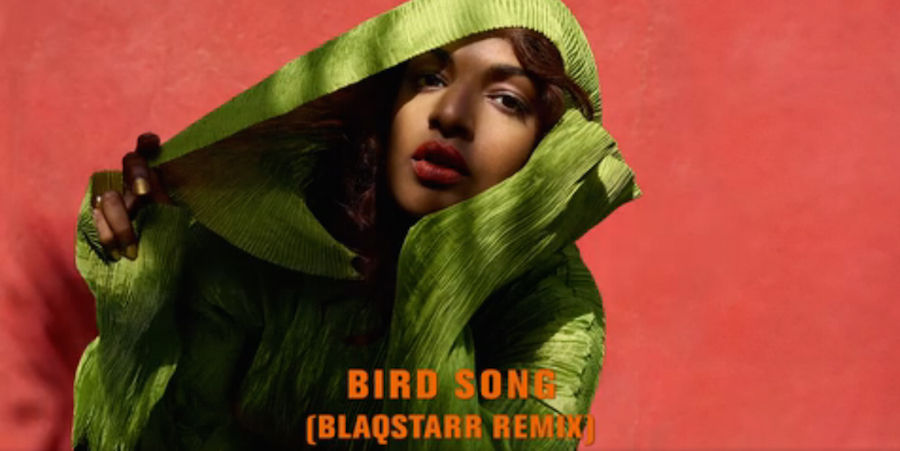 With M.I.A.’s forthcoming album A.I.M. set to drop September 9, the hip-hop artist has shared a Blaqstarr produced remix of her track “Bird Song.” Blaqstarr co-produced her new banger “Go Off” with Skrillex, but “Bird Song” falls a little short on the hype-meter. The track has got a sick bass line, but mixed with cringy bird references and a less-than-charming kazoo, it may take a few listens to fully appreciate and melt into the madness of the track.

Buzz around the release of “Bird Song” started when reports of a Diplo-produced version of the track made the cut for A.I.M.. This would mark the first M.I.A./Diplo collaboration in over a decade since the release of their Grammy-nominated hit “Paper Planes.” The two had a notoriously nasty fall out, so the collaboration came to be a huge surprise. The Diplo version of “Bird Song” is set to be released Friday.

For now, listen to the Blaqstarr remix below.