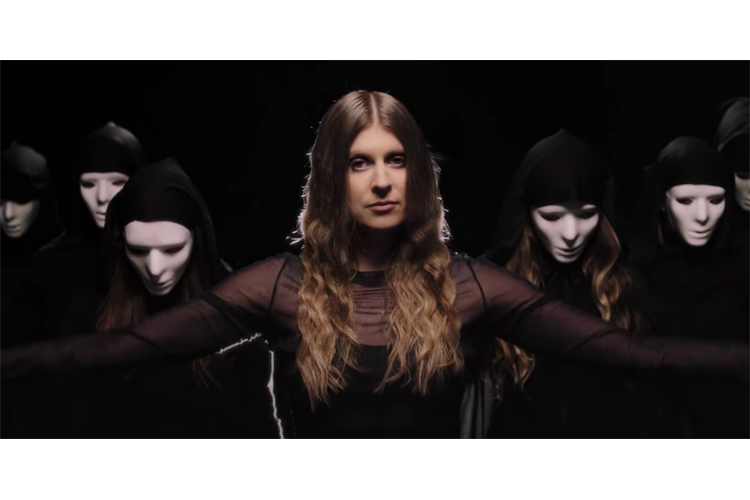 Earlier this year, Toronto-based artist, composer and producer Lydia Ainsworth announced the upcoming release of her second album, titled Darling of the Afterglow, due out this spring. With this news also came a dreamy video for the album’s first single “The Road” and now Ainsworth has shared a video for “Afterglow,” the album’s second single. The video is directed by Lydia Ainsworth’s sister Abby Ainsworth (who also directed “The Road”), and features Lydia along with some hypnotizing masked dancers.

“I was living in LA at the time I wrote the song. After spending a day producing the instrumental in Burbank with Jim-E Stack and a French bulldog named Peaches I brought the track home for a walk around Echo Park Lake. By the lake lives a beautiful Art Deco statue named ‘Nuestra Señora Reina de Los Angeles’ (Queen of the Angels). Walking around just after sunset, drenched in a feeling of disconnect and isolation I found comfort in the Queen of the Angels. She gave me the inspiration for the lyrics and melody of the song. It was as if she was singing them to me.”

Watch the video for “Afterglow” above.

Darling of the Afterglow comes out via Arbutus & Bella Union on March 31st, 2017. Pre-order vinyl, CD and digital copies here. In celebration of the new album, Lydia Ainsworth will embark on her first-ever headlining tour throughout North America, check-out the dates below and make sure not to miss her live show!