Music Video: Lupe Fiasco “The Show Goes On” on Letterman 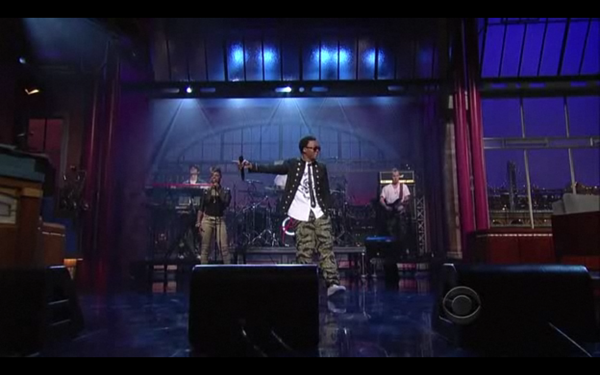 On Monday night Lupe Fiasco brought his Lasers to the “Late Show with David Letterman” to perform his hit single “The Show Goes On.” Rocking the Late Show stage with his band and singer Sarah Green,Lupe did a good ass job building on the momentum the long delayed and finally released Lasers. The show goes on later in the week when Lupe hits the stage for MTV’s inaugural O Music Awards. Enjoy.