Lupe Fiasco – Enemy of the State: A Love Story 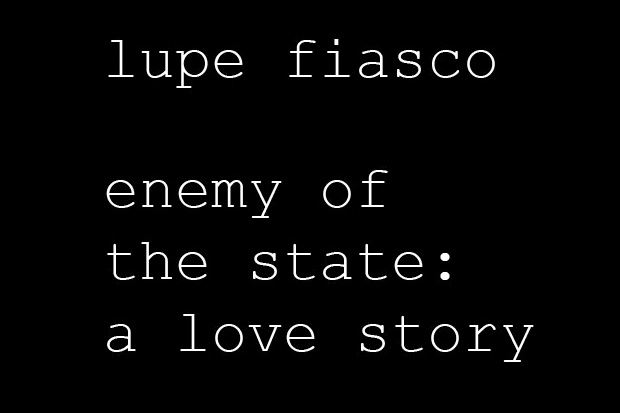 Wow, I am impressed! Seriously! I have had my misgivings about Lupe since the first time I heard him. The doubts stem from the fact that sometimes it simply kills it on the track, and other times, I am itching to press next track. Well I would like to say that after listening to his Enemy of the State: A Love Story, my doubts have been laid to rest. Released for free online via his official blog, The LupeE.N.D., on American Thanksgiving.   The approach is simple, nine new tracks, two skits and an intro, with Lupe spitting new freestyles over Timbaland and Drake’s “Say Something,” Slaughterhouse’s “The One,” Clipse’s “Popular Demand,” plus many more.  The tracks aren’t long and get right to the point, of being awesome. As I said I am really impressed, a little while ago Lupe Fiasco announced he would retire after his next album some time next year. To me that sounded odd since he only had two albums under his belt, however a couple weeks ago he announced he had a recent bout of inspiration and would be dropping new mixtapes in the near future. True to his word, we have Enemy of the State, as well as a date for the next installment, this time on Christmas entitled Friend of the People. YAY!I have to insist you all check it out and give it a listen, it is worth it, and it is free!

Here is the official tracklist: