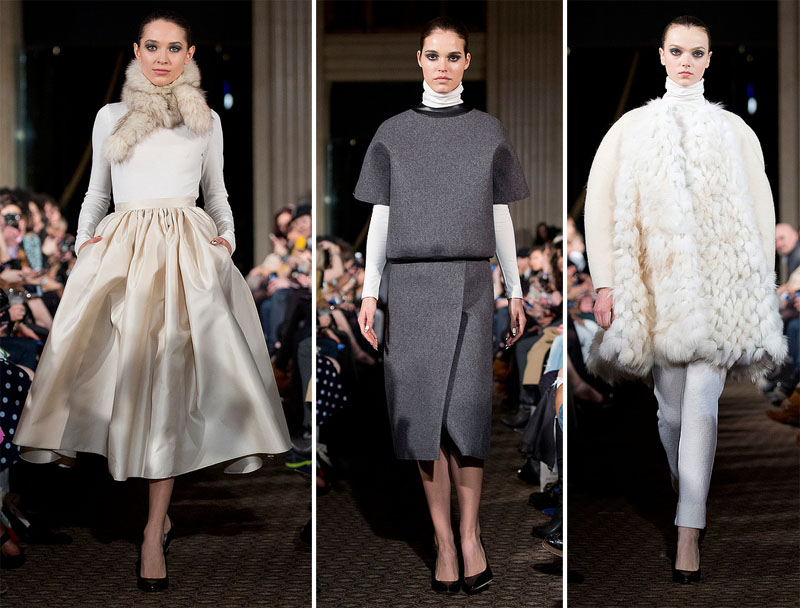 Ever known for his extravagant collections full of lush embroidery and intricate accents, Lucian Matis presented quite a demure collection for fall winter 2013 entitled Monochromatic Fantasy, on the final day of Toronto Fashion Week.

A heavy Baileys bottle encrusted gown was showcased at the beginning of the show, in which the model could barely walk the runway in due to the sheer weight of it. Following that, creamy wool neutrals in wool with fluffy fur (some looked to be faux) indicated this was not going to be much like previous collections. Soon the cream faded into more wearable looks than we’re used to from Matis in dusty grey monochromatically blocked with black and white detailing. Flouncy elegant skirts, some floor length and exaggerated shoulders satisfied our craving for drama we’ve come to expect from Matis.

Up till now, we’ve had nothing but the utmost respect for Matis as a bourgeoning designer, and we’ll admit we kind of fell deeper in love with him after seeing this stunning shift for fall winter 2013, which was probably one of his strongest collections yet.

Take a look through the photos below. 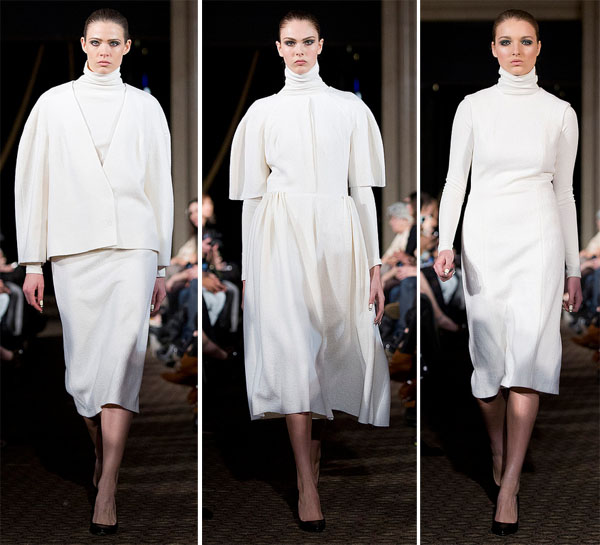 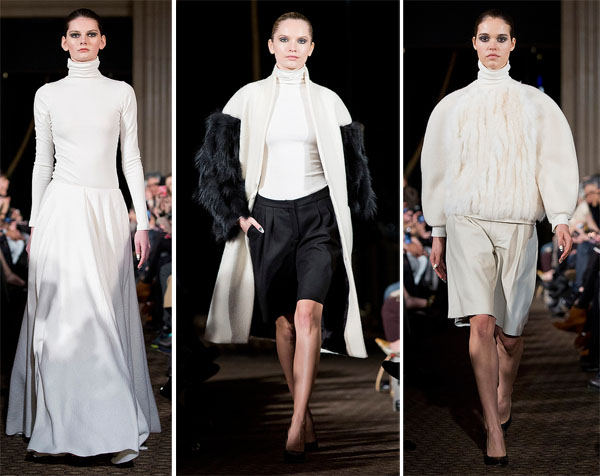 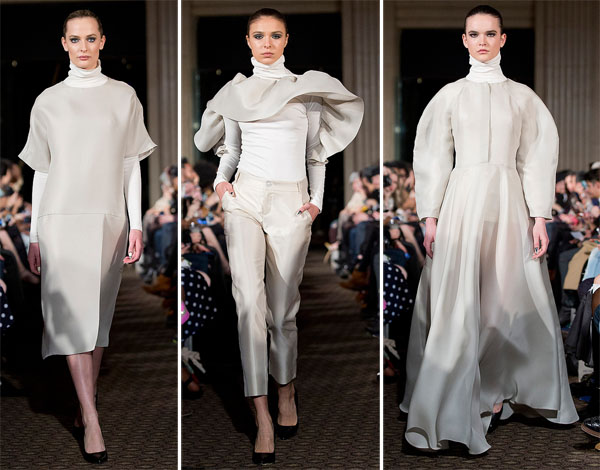 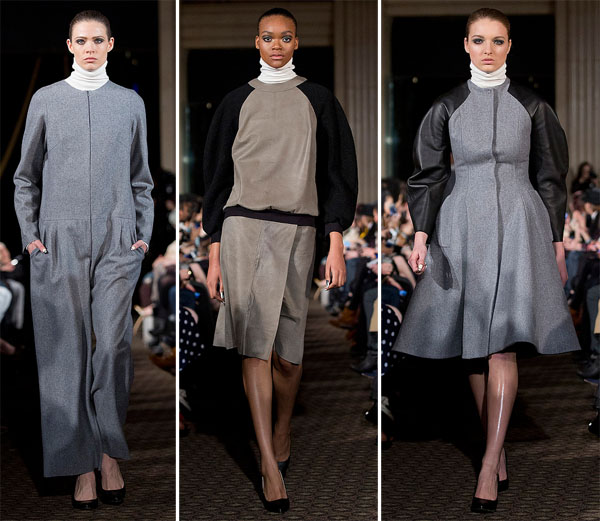 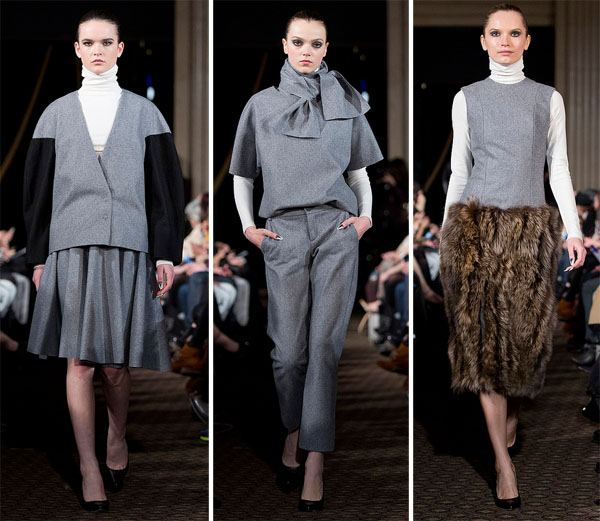 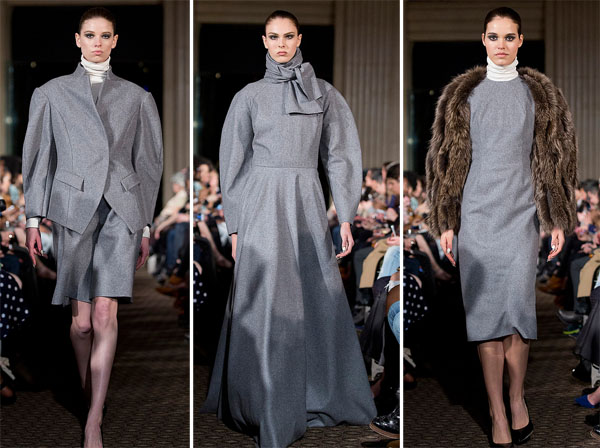 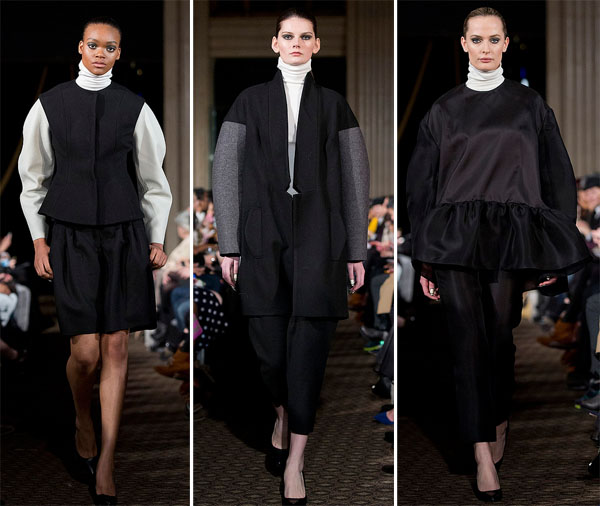 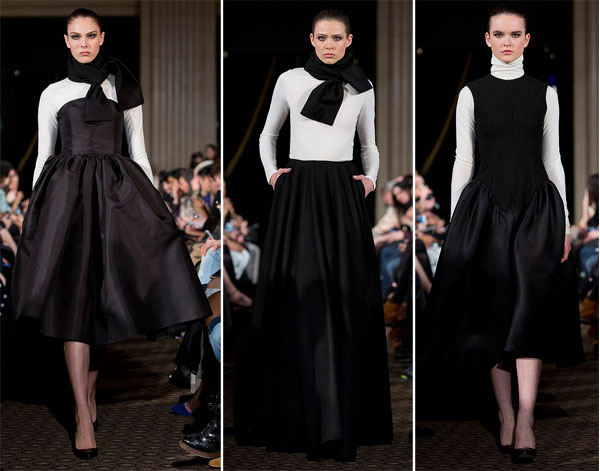 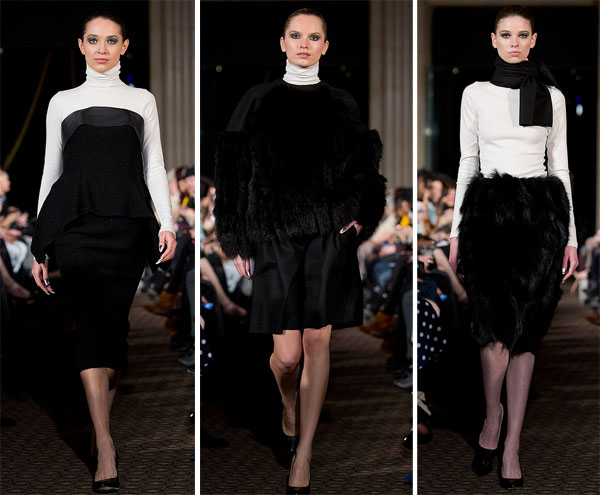