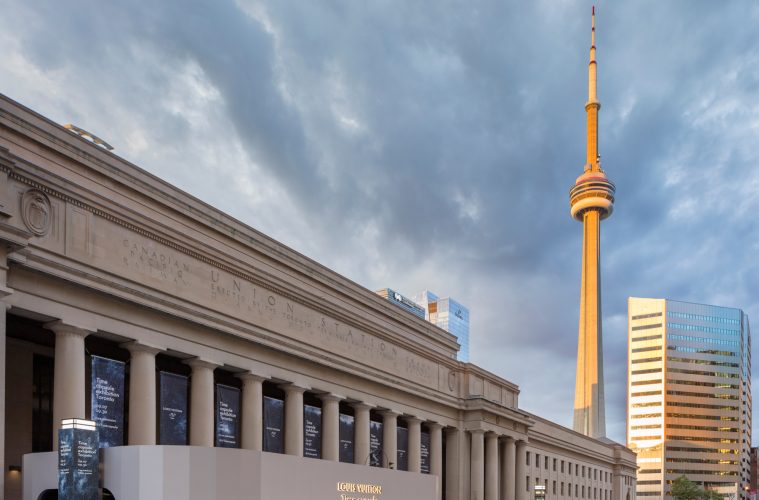 Toronto is the first and only stop for the French fashion house’s “Time Capsule” exhibition, and it opens just in time to grab the wandering TIFF crowds.

The free exhibit features over 300 integral pieces from 1854 to recent times. Highlighted are collaborations like that with Jeff Koons (“Masters“) as well as items such as travelling trunks (including the Magic malle) and luggage (like the Steamer bag), fragrances, apparel such as Emma Stone’s Golden Globes’ gown, custom bags and plenty of little knick-knacks and older photographs worth observing. Although everything is behind glass casing, you get a good sense of what quality craftsmanship is and they’ve added a sweet lighting and galactic visionary experience, twisting narratives through different rooms, eras and sounds. There’s a few digital checkpoints too so you can tap in and get more information about Louis Vuitton and its legacy.

“Time Capsule” is broken down into six central components with a focus on travel, transport and the art of luxury. 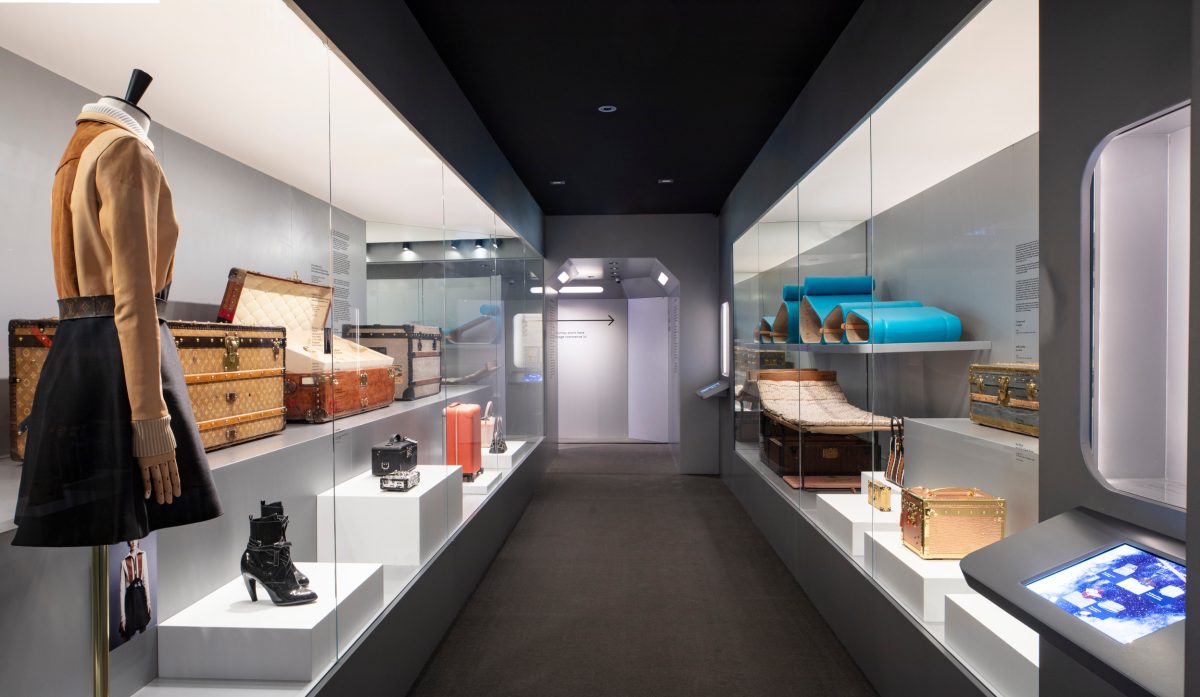 Expect to see spaces catering to: The Keys to the Codes, Journeys Around the World, Elegance in Motion, Icons of the House, Magic malle and the Artisans Room (a live experience with Louis Vuitton craftspeople).

“Time Capsule” first debuted in Hong Kong in 2017 and has made stops in cities such as Berlin, Melbourne, Dubai and Los Angeles. The Toronto launch is extra special because it’s Louis Vuitton’s 35th anniversary in the city– expect to see unique Toronto inserts.

Special to the Toronto stop is the ‘Twisted Box’ from Toronto-born architect Frank Gehry (Gehry just designed a new building for Facebook’s Menlo Park Campus, too, if you’re interested).

The Frank Gehry x Louis Vuitton ‘Twisted Box’ was part of the Monogram project, which marked the 160-year anniversary of the House. Gehry was one of six creatives invited to design for the collection. 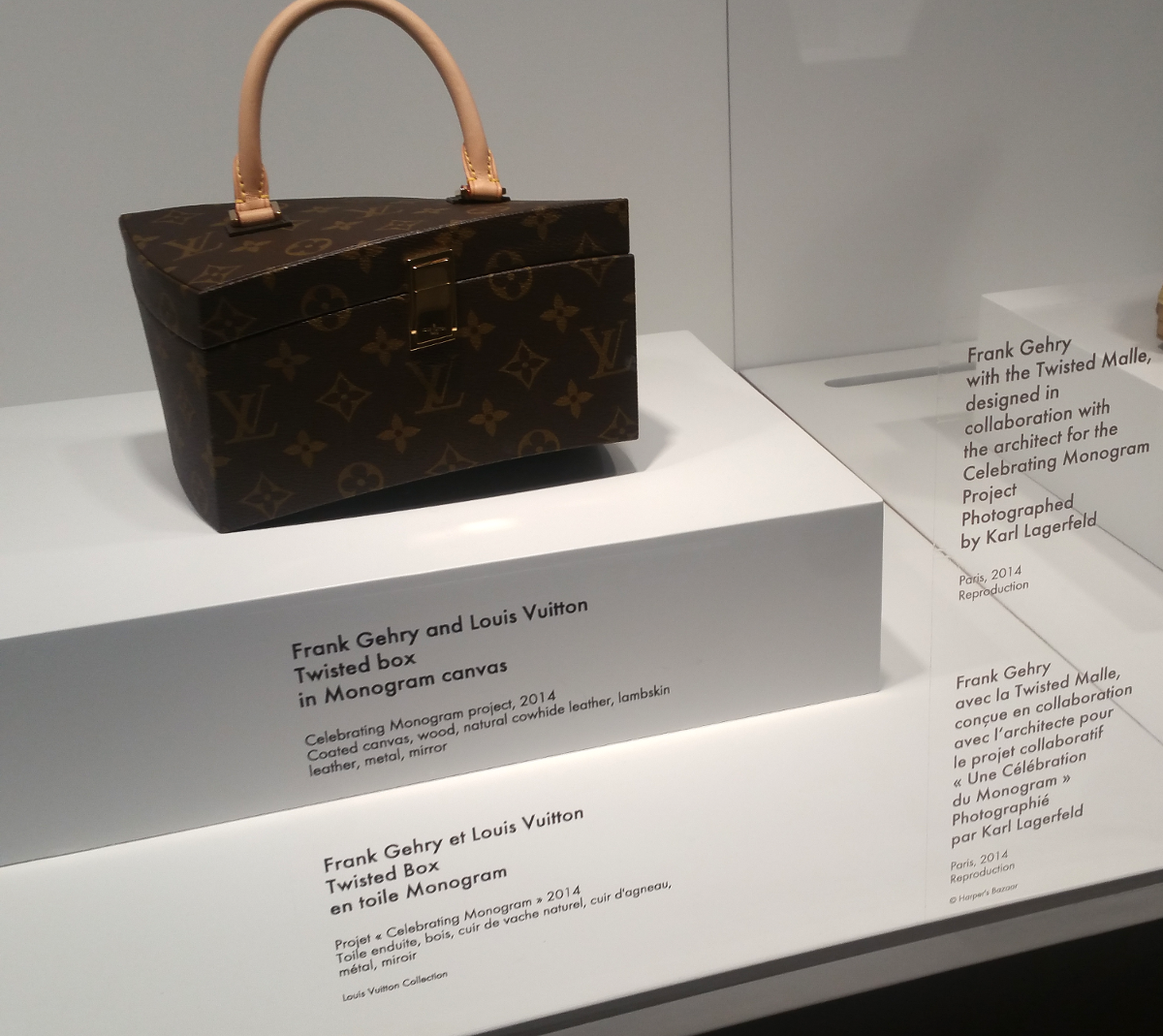 The below photo is taken from the Artisans Room where craftspeople show how much handy work goes into it all. Apparently each takes around 10 hours to make. See it to believe it. 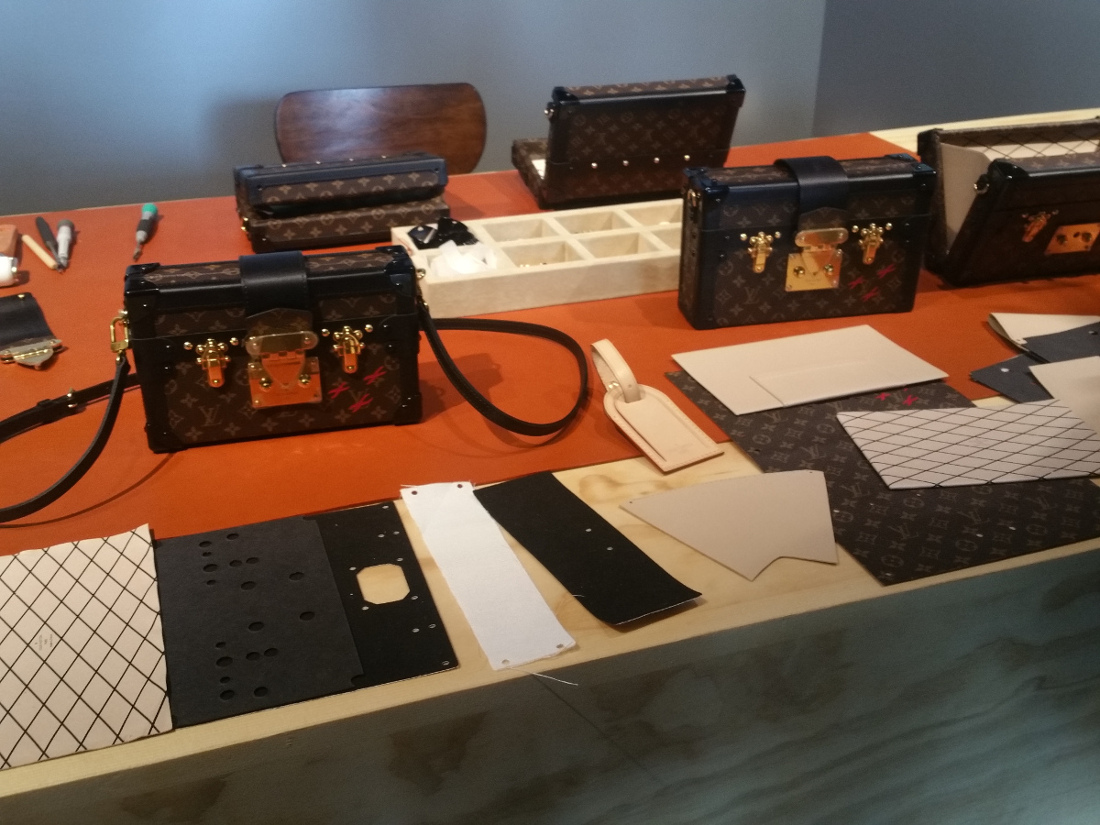