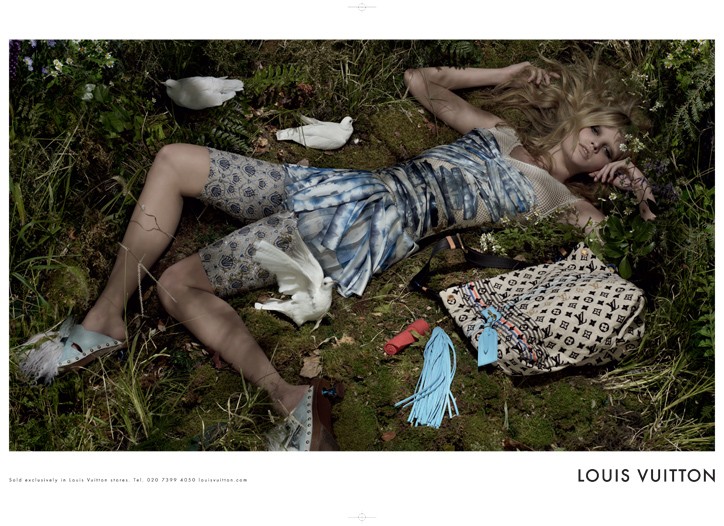 Lara Stone, the fashion worlds only nearly normal model (they call her the voluptuous…ppffst) scores Madonna’s spot in the Spring Summer Louis Vuitton ad campaign! See her and some doves floating in the ecstasy of luxury on the green grass above.

Marc Jacobs stated in recent interviews that the brand will be taking a breather from celebrity endorsements. The campaign is said to embody optimism for brighter economic times with a lighter whimsical feel, a very stark contrast to Madonna’s pulsating pipes in last seasons ads! 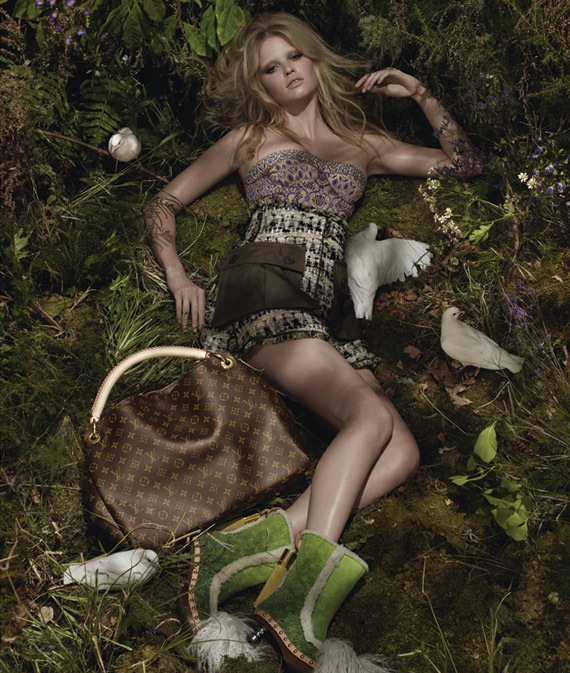