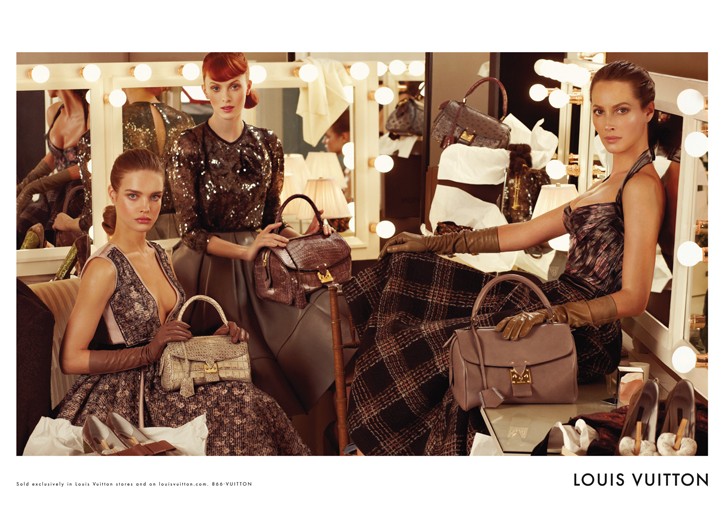 This ever so sophisticated ad campaign for Louis Vuitton‘s Fall 2010 collection which has yet to grace the pages of just about every publication this August features Christy Turlington, Karen Elson and Natalia Vodianova looking particularly regal by an old fashioned make-up mirror.

Although the shoot took place in New York, the period setting was contrsucted and shot by Steven Meisel, to mimic old Hollywood and looks as if they girls are about to walk around the Louvre’s Cour Carré as they did back at Paris Fashion Week in March.

Antoine Arnault (LV’s director of communications) calls the campaign “very fifties, very elegant” and we couldn’t agree more what with the smattering of age groups (one model in her 20’s, one in her 30’s, and one in her 40’s), in the ad proves that beauty is timeless.

Oh, and in case you’re wondering, we know we’re shallow. But we can’t help lovin’ LV. 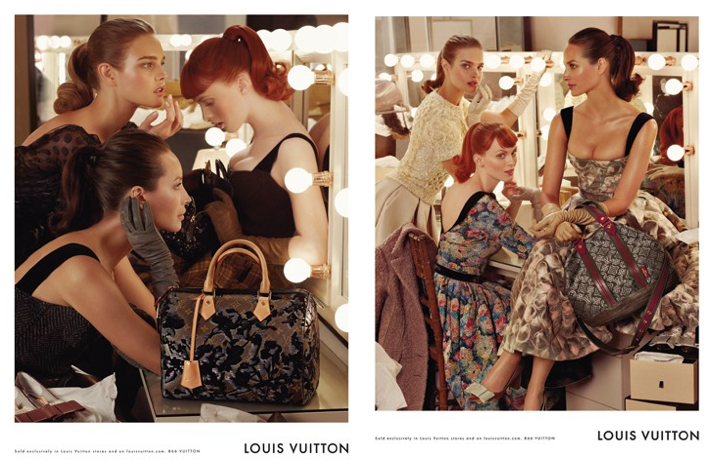