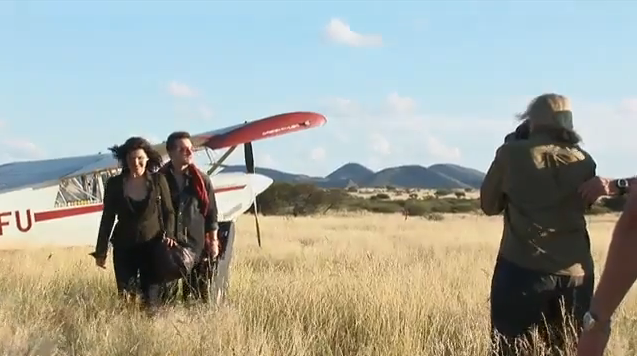 Check out the making of Louis Vuitton’s Core Values campaign featuring Bono and Ali Hewson following the ad we brought to you yesterday which is set to drop in about a week across publications.

With gracious direction from uber talented photographer Annie Leibovitz, Bono and his wife roam across a South African plain after disembarking from a tiny airplane. The ad marks the first time a brand other than Vuitton has received fashion credit (see yesterdays post) and the first time he has appeared in an ad without his band.

The tag line for the ad will read “Every journey began in Africa”, which is quite symbolic of their reasons for starting their ethical clothing line Edun.

Take a look at the behind the scenes video below.