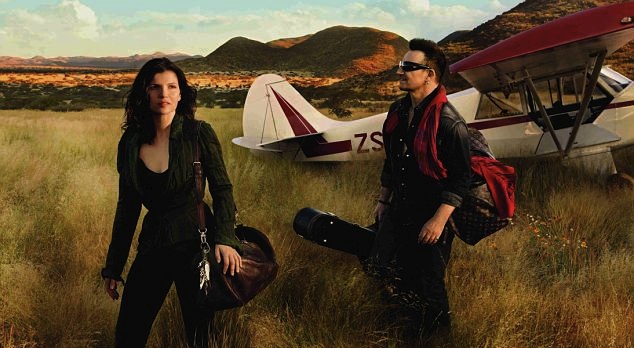 Not only are Bono and Ali Hewson cover models here, they’re also designers, collaborating on the two limited edition bags for Louis Vuitton (which they carry here), dressed completely in Hewson’s own ethical clothing label Edun, which we love so very much.

It’s interesting that the pair were able to convince Vuitton to allow them to wear Edun instead of the obvious choice for the ad, but after a little digging we were able to find out that last year LVMH bought a 49 per cent stake in the brand, so it makes complete sense. The above ad, shot by Annie Leibovitz, has Hewson wearing a vintage design from Edun circa 2005 in which she created to encourage and support trade in Africa.