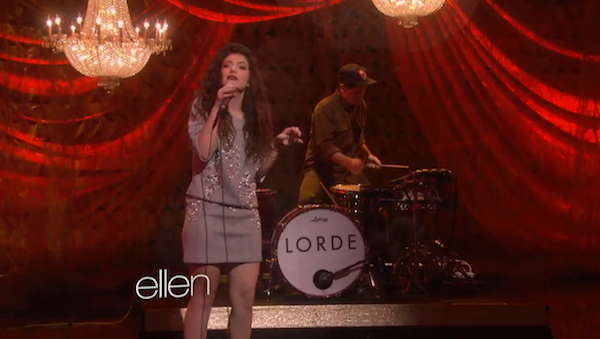 LORDE’s claw hand circuit continues in this clip of her performing on ellen from earlier this week. We first noticed her weird claw like hand progression on Jimmy Fallon then she took it over to Good Morning America, and here it is again making its debut appearance on daytime television on the ellen show while she performs “Royals.”

We have to say, we really dig her music, but we’re not loving her giant jump into the seriously mainstream, or her super weird trying-to-be-too-cool stage presence she brought along with it. We kind of thought she’d be cooler about it and actually seem excited to perform in from of such large audience.

Anyway, I’m sure it won’t hurt her image at all or anything. Or maybe it’s some kind of new dance move we don’t know about yet?  Check her out on ellen below.