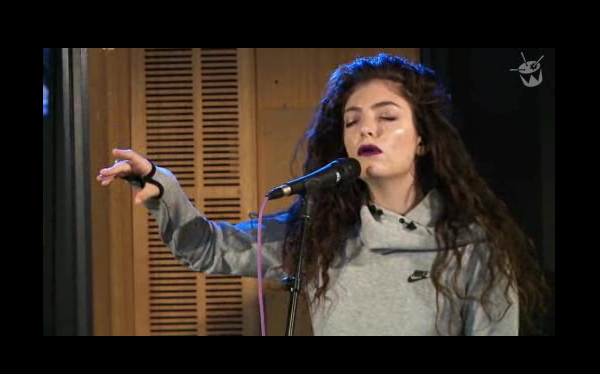 Australia’s popular radio station, Triple J, is known for it’s ‘Like a Version’ segment which invites artists cover a song of their choice. It has been the platform for the numerous covers which have instantly became classics such as Bon Iver’s cover of ‘Coming Down’ by Anais Mitchell.

This week, the hosts invited Lorde into the studio who chose James Blake’s hit ‘Retrograde’ released last year. The UK artist is probably one of the harder artists to cover since his songs are so minimalistic perfect already. What can you do to tweak something that seems tailor-made for the creator himself without completely destroying it? We were mind-blown by Lorde’s version. The New Zealander stripped the production down by taking out the buzzy synths and replacing it with simpler chords that framed and highlighted her distinct voice and her quirky dance moves.

Check out Lorde’s raw and beautiful rendition below. Prepare yourself, the hosts mentioned how grown men texted in telling them they cried afterwards.