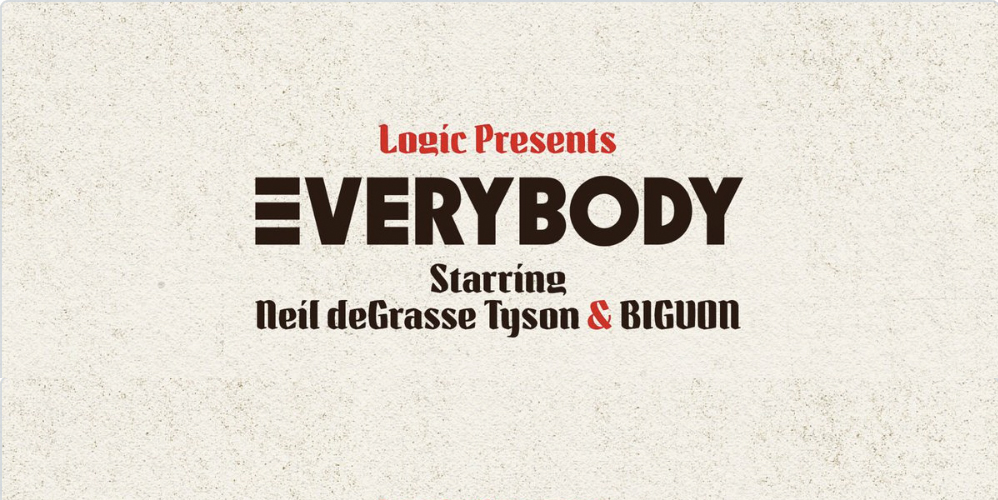 Sir Robert Bryson Hall II, better known by his stage name Logic, is set to take 2017 by storm with the release of his upcoming album Everybody. The rapper announced the album via Twitter this morning with the date May 5th, 2017. He also revealed the tracklist for Everybody, which was originally going to be called Africaryan, and it features appearances from Killer Mike, Chuck D, Alessia Cara, Juicy J, Black Thought, Khalid, No I.D., actor Ansel Elgort, and scientist Neil deGrasse Tyson!!

If you are as stoked as we are, watch the super dope album trailer below!