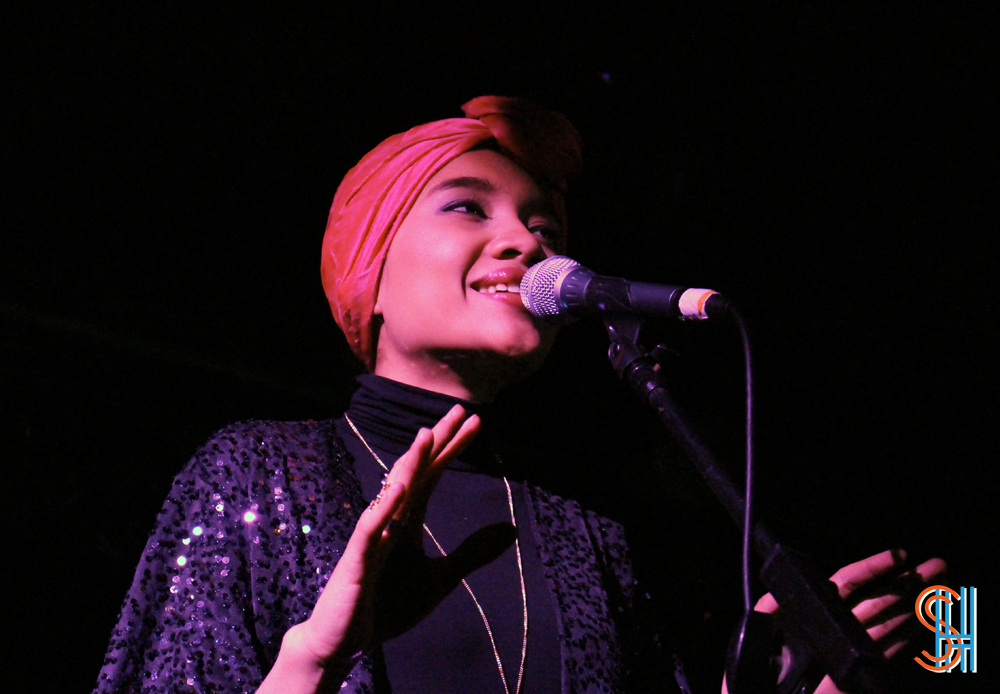 All the way from Malaysia, Yuna played a captivating set to an unexpected sold out crowd at Tattoo on Thursday night. After a long wait with no opening bands, the singer came onto stage with her 4-piece band in her signature purple headscarf and was quick to dispel any lingering sentiments of impatience. The singer immediately commandeered her presence on stage with sophistication and confidence.

The backing band effortlessly fused jazz, funk, and RnB into songs such as “Ride Again” with the help of strong bass lines and choppy guitar strums. As the crowd got visibly more riled up, Yuna lassoed back the energy with calmer songs such as “Lullabies” and “Bad Idea” that had a more minimalistic with keyboards, clean electronic beats, and the ukulele. This only brought out her strong soulful vocals and made the crowd hang onto her every single word before they proceeded to a more energetic tune. One of the many highlights of Yuna’s set would have to be her beautiful cover of Frank Ocean’s “Thinking About You”.

After a few initial attempts to record on her loop device over the crowd’s yells, the singer managed to build layers of harmonized vocals to accompany her on her flawless take of the popular RnB song. Yuna ended the set with an obvious crowd favourite, “Rescue”, a feel-good sincere pop song. There seemed to be a trend, that most of her songs, like “Rescue”, touched on relatively safe topics in the realm of pop music, such as heart breaks and longing for crushes. But, last night Yuna proved that she could turn what seems vanilla and simple into empowering and honest messages for all the shy violets and wallflowers out there. 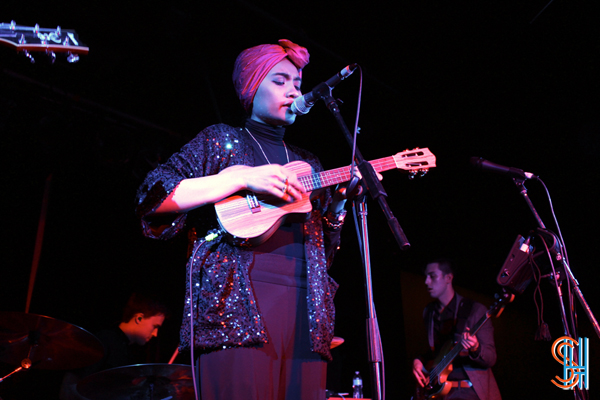