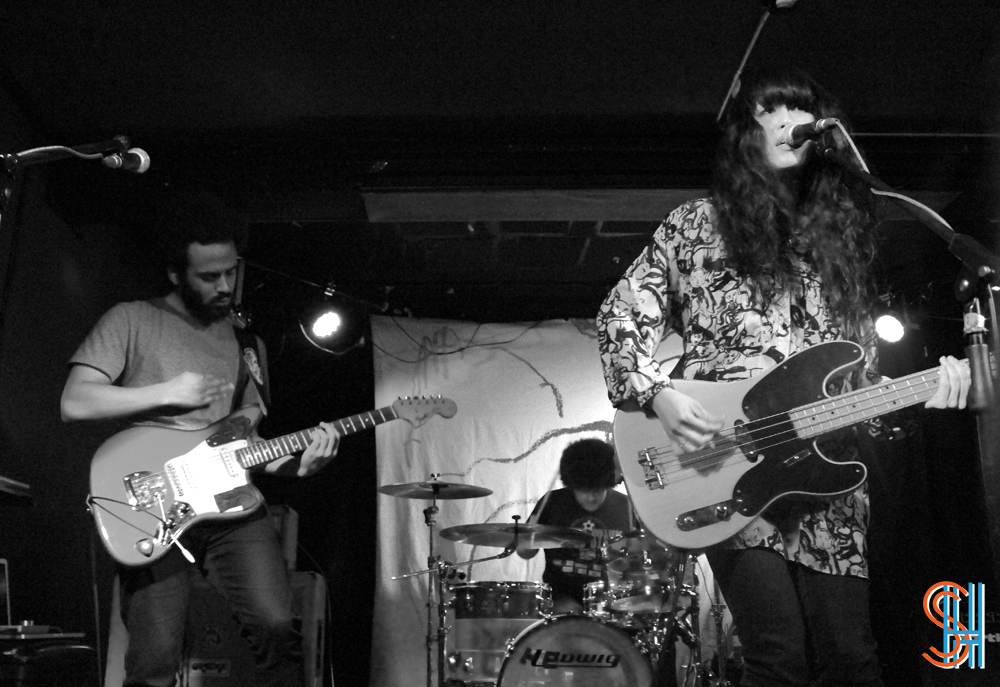 After lead vocalist Daniel Blumberg left London-based band, Yuck, the biggest question was whether they could pull a ‘Pink Floyd’; will the band be able to remain relevant despite that their founding member had moved on? The band’s addition of new guitarist, Ed Hayes, along with Max Bloom’s transition from guitarist to lead vocals appeared to have been a good choice as the four-piece performed last night at the Garrison to a packed crowd with songs from both their self-titled debut and their 2013 release, Glow and Behold.

The vocals seem more melodic and laid-back compared to the last time I saw them when they were still fronted by Blumberg. However, the band’s sound which made me fall in love with them is still there; a distinct nineties undertone with a shower of delay and reverb that complete the simplistic songs that always seem familiar and comforting, even during the first listen. Bloom opened up the set with one of the more up-tempo numbers from their new album, “Middle Sea”. This was followed by other crowd favourites such as “Holing Out” and “Get Away”.

The two main highlights of the show was when bassist, Mariko Doi, took over the vocals for “The Wall”, which added a lush and pretty layer to the scuzzy lo-fi guitars and during their cover of “Age of Consent” by New Order. The band made it their own by injecting some grungy distorted guitars into what was originally a more synth-based song. The set ended with an encore of two very different songs, “Memorial Fields” and “Georgia”. The first song’s swirling harmonies throw you into introspection and shoe-gazy laziness while the latter one is a slice a foot-jangling lo-fi pop gold. Overall, a strong performance that proved that Yuck’s a pretty resilient bunch and has not been missing their former member that much.