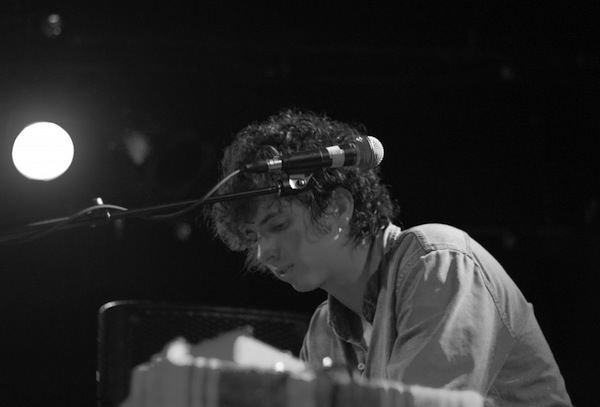 I must admit I didn’t have high expectations for this show on Saturday night at Lee’s Palace. Vancouver openers Chains of Love started the off night to an empty room with a dull and lifeless set, consisting of scantily clad front-women backed by four bored looking band mates. That is to be expected in a city where it’s only cool to go out after 11pm. 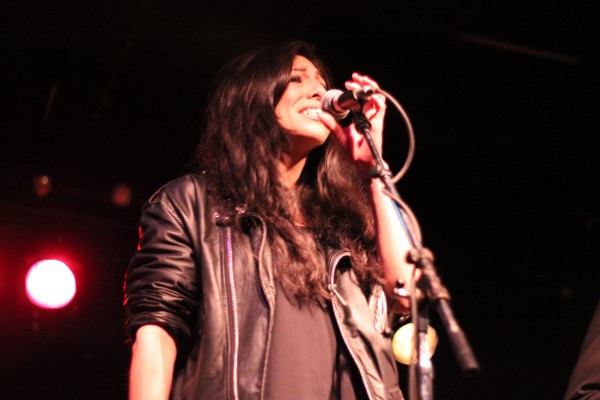 Watching Nathalia Pizarro of Chains of Love bounce around on stage pretending to be Amy Winehouse grew tiresome and her tambourine skills also left much to be desired. The bassist looked like she was playing bass by numbers which overall made for an unfortunate case of a band trying almost too hard to be cool. 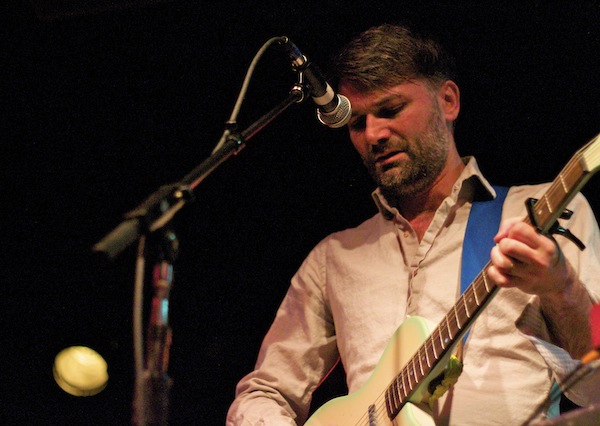 Porcelain Raft, who are currently on tour with Youth Lagoon definitely had their work cut out for them following a ho-hum performance from Chains of Love. The audience started heckling immediately as they took the stage and vocalist Mauro Remiddi responded with ease and charm. Porcelain Raft is pretty sleepy on their recordings, so you can imagine my surprise when Remiddi’s energy radiated throughout the room.

Albeit far catchier live than Remiddi’s debut release (as Porcelain Raft) Strange Weekend let on, I couldn’t help but get into it. Remiddi has quite the loyal following, which span all the way back to his indie pop days in London, to playing klezmer music in a travelling Youth Circus based in Berlin, and after seeing him play live, it’s easy to understand why. 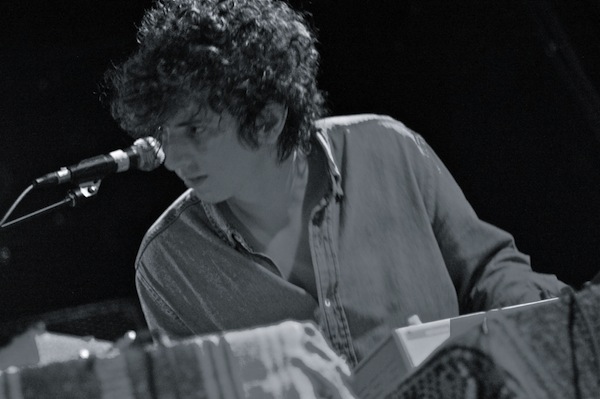 Surrounded by Youth Lagoon‘s bro-heavy crowd, already fueled by the positive response to their earlier heckling, the air in the pit became thick with smoke, enveloping the inebriated crowd who danced, and strangely enough, fist pumped. It seemed bizarre as Youth Lagoon is not really the kind of music you would find yourself fist pumping to on any given occasion.

Trevor Powers has an all too familiar story, bored kid from Idaho drops out of school in hopes of being a rock star. Admittedly in the short run it may seem a rather smart financial decision, but being a rock star isn’t the most sustainable career path. So, Powers spends a few years on the road, and all things considered he’s  a passionate front man and his hollow nasally voice rang out over the crowd, but Youth Lagoon live didn’t really do it for me.

Overhearing an audience member say she’d spent four times the face value on her ticket and travelled all the way from Halifax, made me question whether I was being overly judgmental. Nevertheless, it was hard to get past Powers’ false sense of tortured youth,  evident in his stage presence sining is tunes as if they were heartfelt love songs of the past. Nevertheless, the audience continued to be enthralled by Youth Lagoon right up to the encore, and frankly, after accidentally stepping in a pool of bro-vomit, I found it hard to understand why.