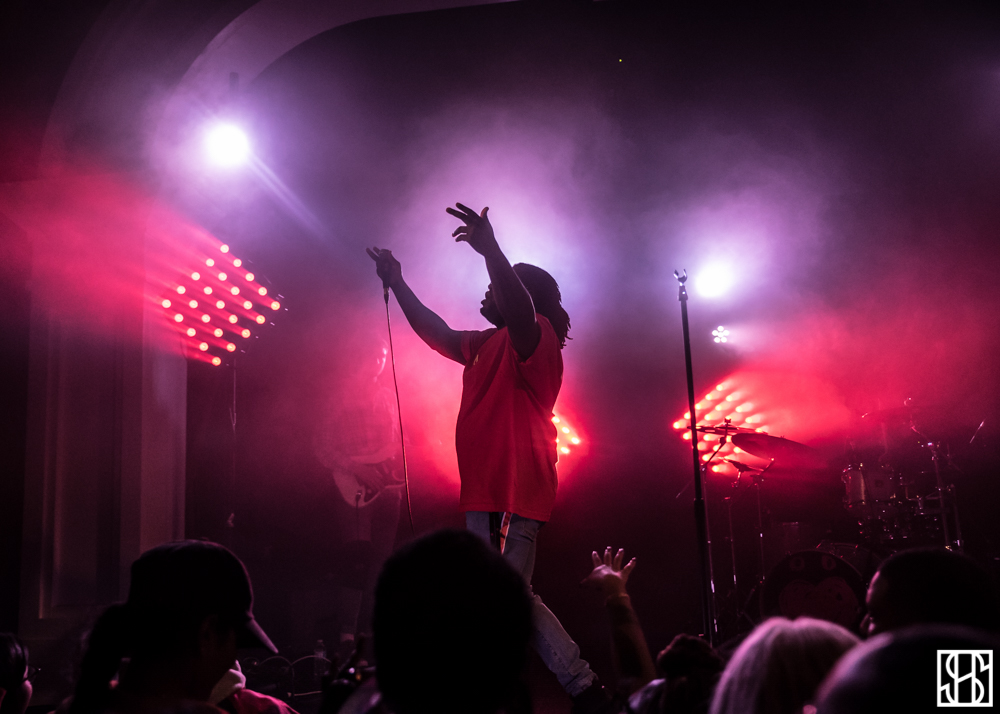 Fans packed into Toronto’s Great Hall last night for the second stop of Xavier Omär’s ‘Pink Lightning’ tour. The rising Chicago-via-San Antonio artist has had a breakthrough 2017 with is just released Pink Lightning EP, and shows no signs of slowing down. After making his debut appearance in the city at this years Canadian Music Week, fans were more than ready for the rising R&B artists return.

Following opening performances from St. Louis rapper pinkcaravan! and Chicago-based soul duo Iris Temple, the dark stage was replaced with a flood of pink LED light that illuminated the space so Omär could emerge and greet his fans.

Describing Omär’s stage presence as “powerful” would be an understatement. Whether he was jumping from side to side or stomping his foot at the drop of the beat, Omär didn’t miss a single note all night. From emotional performances of tracks like “Blind Man” and “Grown Woman” to selections from his newest project, fans were caught in a trance as they experienced the unique blend of hip hop and neo-soul. The evening concluded with a special guest performance from Toronto’s own Chris LaRocca.