There is nothing more thrilling than seeing an all-female band completely “in the zone” on stage, with a great level or musicianship and a heavy dose of unintentional sex appeal. Danforth Music Hall served to be the perfect venue for Warpaint on Tuesday night. Their music is designed to travel through space and the venue’s dome-like shape seemed tailor-made for the soaring reverb sound. Starting with ‘Intro’, the group’s unique brand of dark, atmospheric music washed over the crowd before they were led into the intricate grooves of ‘Keep it Healthy’ by Stella Mozgawa on drums. The rhythm section comprised of her and Jenny Lee Lindberg is a force of nature itself. They served as an extraordinary backbone, which anchored the contrastingly sharp and hazy dual vocals of Emily Kokal and Theresa Wayman. The band maintained a consistent pace throughout the set, playing mostly songs from their latest album, which almost always finished with almost endless jams.

Warpaint’s music was honestly quite difficult to dance to but the crowd still attempted at some determined swaying but they just couldn’t compete with the effortlessly cool hip shakes of the band members of stage, in particular Lindberg’s. The band surprised the crowd during the set with an old favourite, ‘Billie Holiday’. Before starting, Kokal signalled the sound guy and said ‘overdrive off, bass off’. With the instruments merely whispering under Kokal’s ghostly harmonies, the crowd was led into a psychedelic lull. Kokal quickly snapped them out of the trance, shouting into the mic, “If you’re not comatosed, let’s dance!” before launching into their last song and another crowd-pleaser ‘Undertow’. It was without a doubt that the crowd was completely floored and unwilling to accept that it was the end. After playing two more songs during the encore, Warpaint saved their defining moment during ‘Elephant’, during which they descended into an unstructured and improvisational jam, that lasted for more than 5 minutes and finally collapsing into a brilliant meltdown of sound. 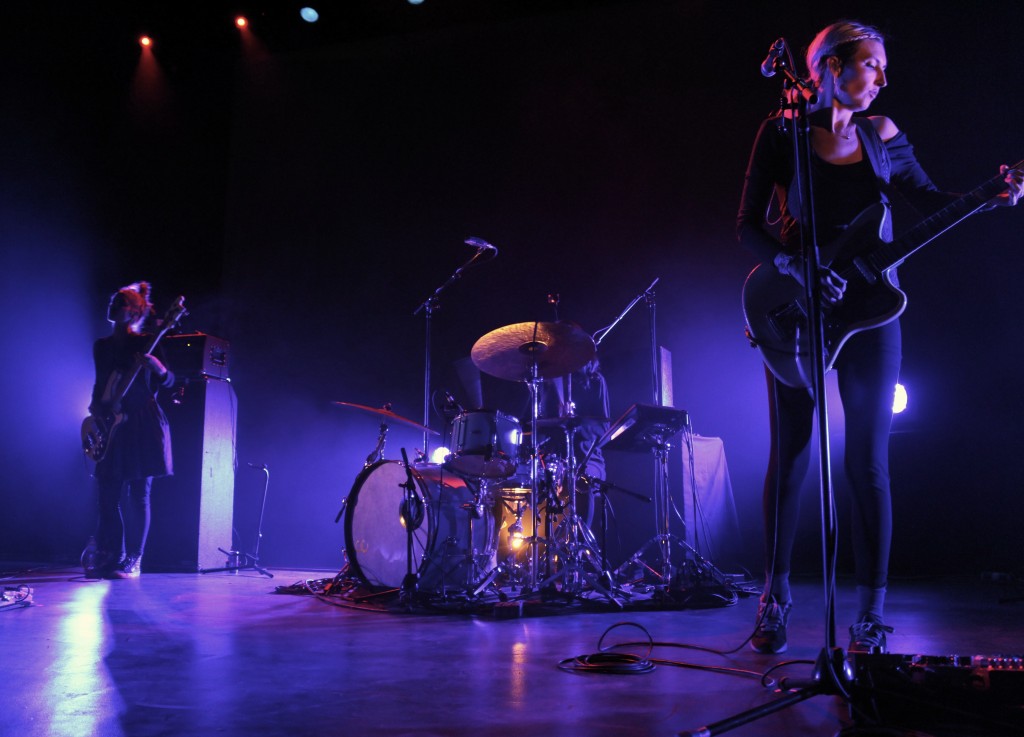