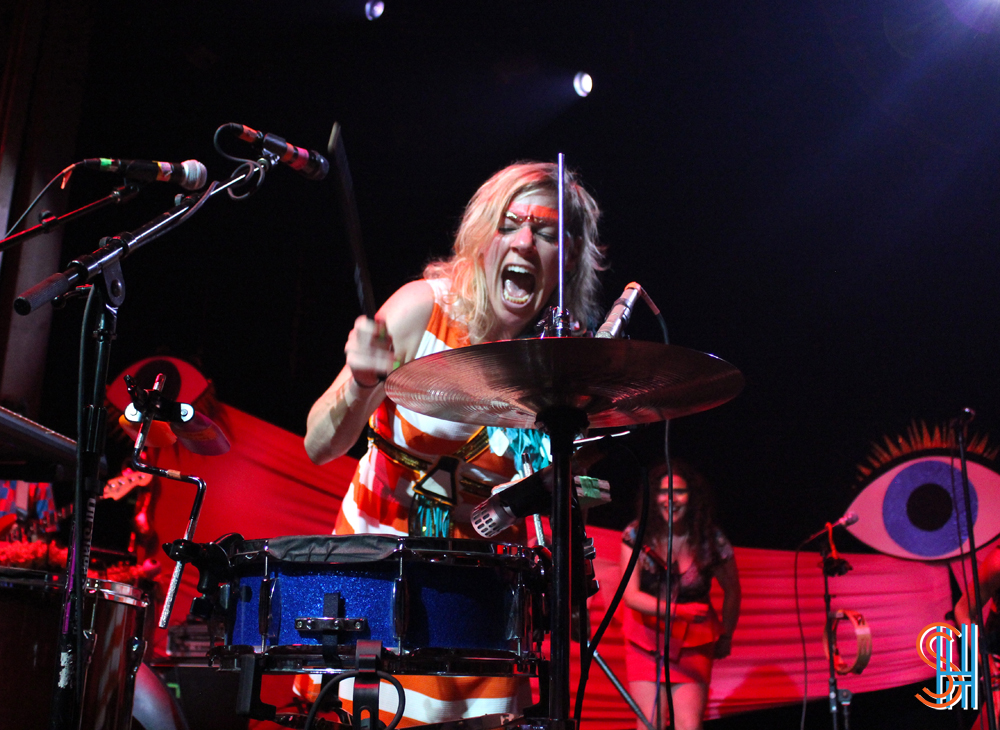 On Monday night, tUnE-yArDs wrapped up the U.S. leg of their tour at the second of two sold out shows in New York City’s Webster Hall. Merrill Garbus, Nate Brenner, and the rest of their band were decked out in neon paint and eclectic gear as they busted out some serious moves. tUnE-yArDs recently released their third studio album, nikki nack, but the crowd at Webster knew every single word, losing their minds to “Water Fountain” and fan favorite “Gangsta” off of 2011’s W H O K I L L.

A barefoot Garbus created drum, ukulele, and vocal loops while Brenner rocked the house on a pretty prominent electric bass. tUnE-yArDs has a distinct and fun sound and we challenge anyone not to dance their face off during their set. Heavy on drums and bass, they learned traditional Haitian patterns and rhythms during a 2013 trip to the country. In fact, $1 from every ticket sale at Webster will go to the company who taught them.

Electronic duo Sylvan Esso opened up, with Nick Sanborn crowd surfing towards the end of the night. 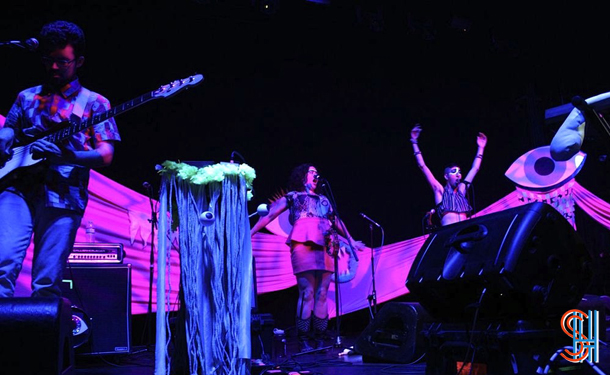 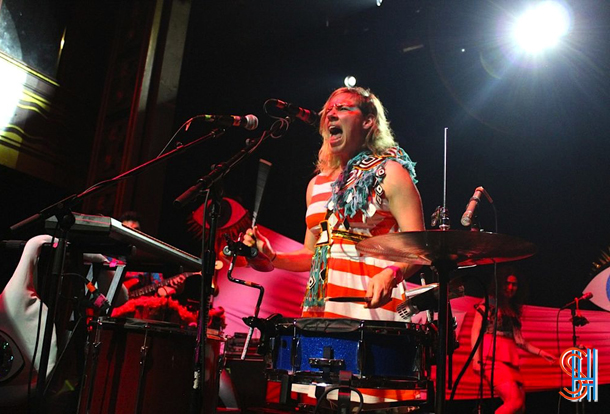 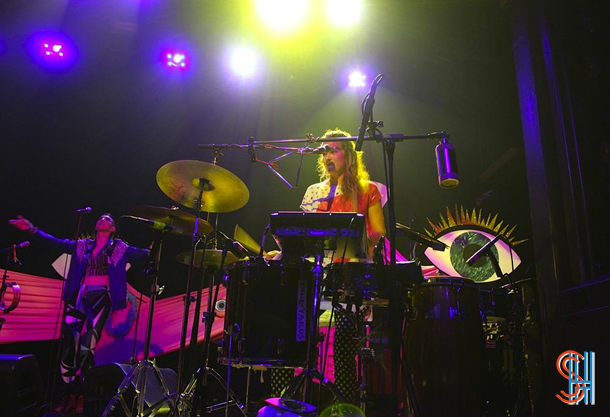 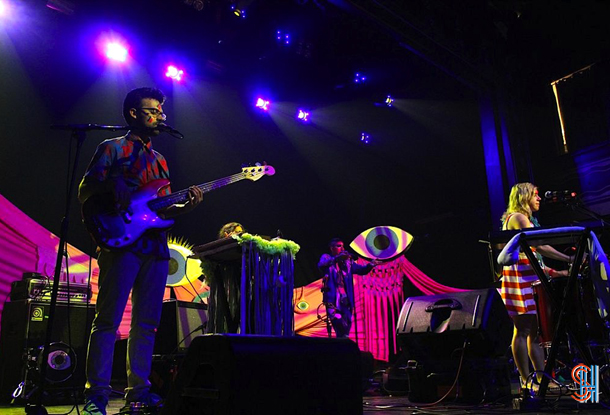 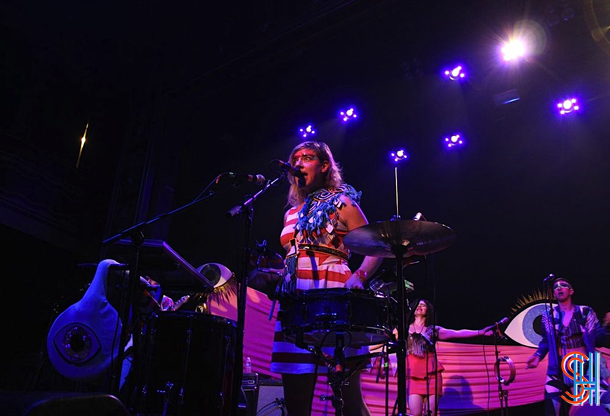