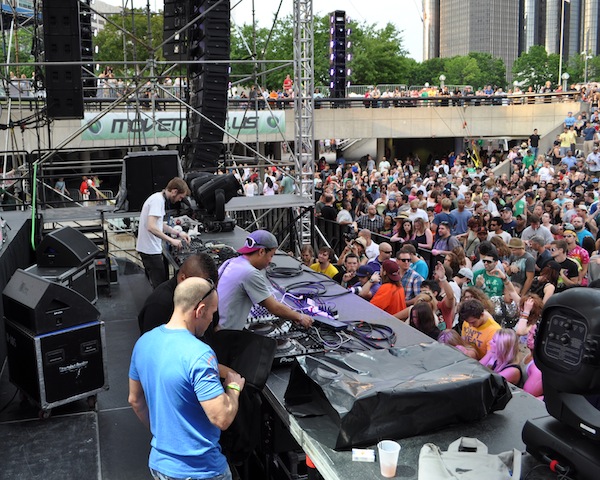 Back at the mainstage, Todd Terje followed Greg Wilson. Terje Olsen (real name) started his set at Movement 2012 off in a very melodic, almost euphoric style. However, Terje’s slot-time dictated a pick up in pace and tempo, which he did in spades.

A couple more upbeat disco edits, kept the dance floor moving and highlights included a great remix of the disco classic “Hot Stuff”, peppering in tracks of his own, including the anthemic “Inspector Norse” from his dope EP earlier this year which you can hear below.