Live Music: The War on Drugs at Lee’s Palace in Toronto 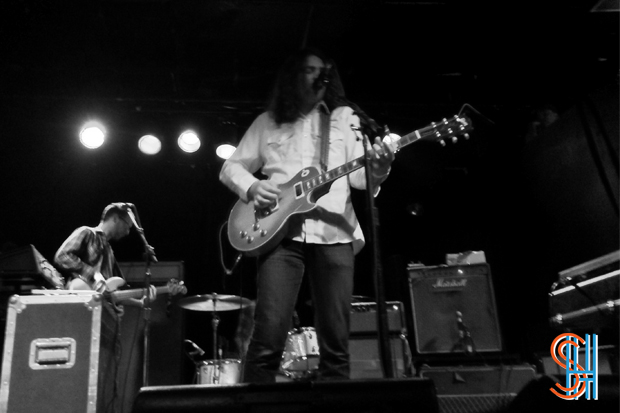 Not even a city-wide blackout could prevent Adam Granduciel and his band, the War on Drugs, from delivering their second of two back-to-back performances in Toronto this week. “I knew it… too many amps” Instagrammed @WarOnDrugsJams. In complete darkness and below freezing temperatures, the line into Lee’s was filled with motivated fans, all stubbornly gripping their opportunity to experience what a sold-out Horseshoe crowd had seen the night before. After about 30 minutes anxiously waiting, in some sort of miracle on Bloor street, the city’s power returned with a burst of light and a collective sigh of relief could be heard from front to back.

Before the show began, Adam stepped on stage in his self-proclaimed freshly washed shirt to personally tune each guitar and meticulously organize every harmonica. “Where’s the monitor guy?” he spoke sternly into the microphone after a few minutes of tinkering, making it apparent that he needed everything perfect before they could begin.

The band made their entrance by bursting into “Under the Pressure”, their impact being immediately felt on the hearts and ear drums of Lee’s Palace. For the next two hours and change, the crowd was taken through the highest of highs with song like “Red Eyes,” “An Ocean in Between the Waves” and “Baby Missiles.” and the chilliest of chills with “Best Night” and “Eyes to the Wind. To describe the talent that poured out of Adam Granduciel on stage would naturally lead to understatements. The War on Drugs performance is something that needs to be experienced.

After being grooved into submission, we left the venue at a time way past our Tuesday night bed time (1:30am to be exact).