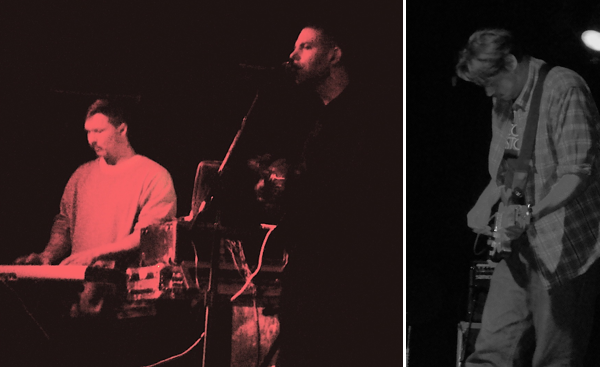 Sweden’s Radio Dept. never tour, or so we thought until we heard the tour announcement late last year after they dropped their third full length album Clinging To A Scheme. After many months spent looping the album that was a no brainer when compiling our best of 2010 lists, naturally we hustled to get tickets as soon as they went on sale for the Toronto date!

Last Monday night they played a solid assortment of tracks from all three albums to a sold out crowd of die hard fans at Lee’s Palace. The mood was pretty chilled as lead vocalist Elin Almered sang his lines sweetly backed by his burly mustached crew of two band mates pumping it out on keys, drum machine, guitar and bass. Hard hitting points of the set were definitely heavily weighted on the new album’s higher energy tracks like “Heaven’s On Fire”, “Never Follow Suit” and “Domestic Scene” although they did work through quite a lot of old material, sadly neglecting to play “Pulling Our Weight” which has remained our favourite track since we starting follow the band.

It was a really perfect show for a Monday night, but unfortunately the lighting was a little too intimate to snap any great photos so those of you who weren’t able to make it will have to visualise their introverted stage-presence with the two mediocre photos we were able to snag above.