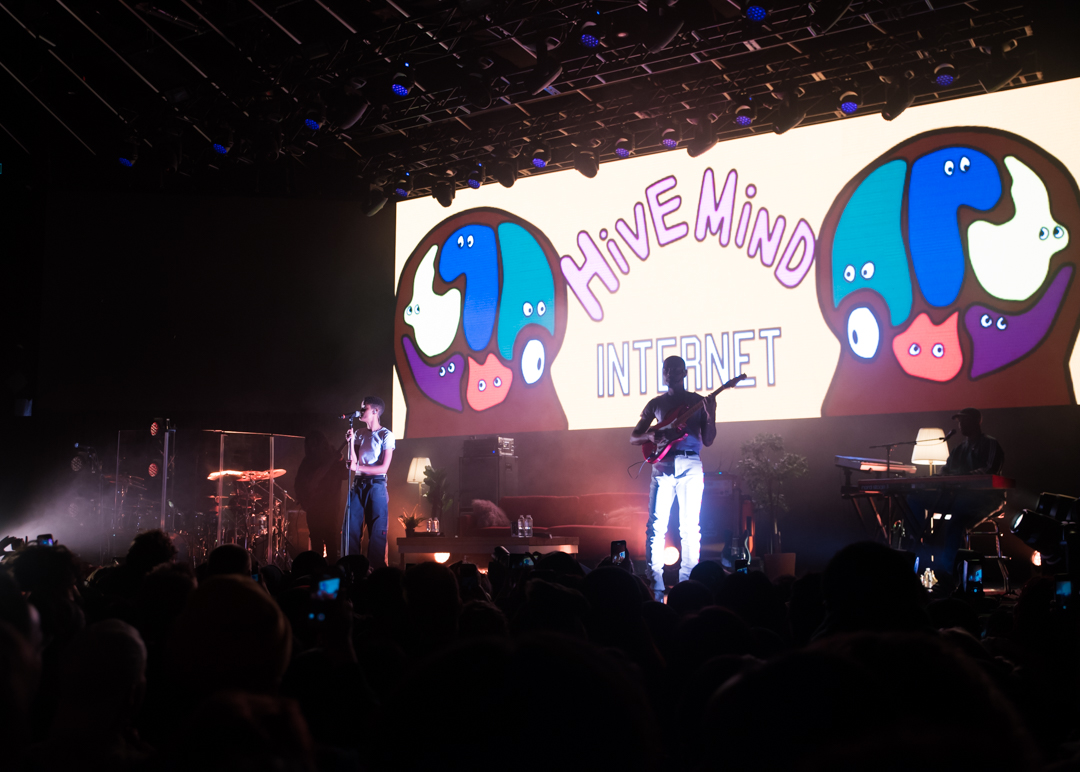 Seeing The Internet perform in Toronto is kind of like going to a petting zoo – it is not a regular occurrence but when you hear about the opportunity, you can’t help but feel a little warm and excited.

The Los Angeles-based jazz/hip-hop/fusion/soul/good vibes outfit (and long-time holders of the Best Band Name award) have been on a regular album-tour-vacation-repeat cycle since they first found success with their 2011 debut studio project Purple Naked Ladies and have graced the stage to enthusiastic audiences on a number of occasions.

The show began with an opening set from Los Angeles soul trio Moonchild before the stage was assembled in a living room-like setup. A drum kit and several guitars were placed among couches, lamps, a rug and a coffee table which later served as a platform for lead singer Syd.

The group gave their loving fans a lengthy performance consisting of a wide range of material from all four of their projects – only stopping to speak to the fans and thank them for all of their support. Syd even stopped the show at one point to ask audience members to shout out the number of years they had been in a committed relationship. After hearing the number seven, Syd dedicated the following performances to the couple in question. “Hive Mind” cartoons and motion graphics inhabited the stage throughout the entire performance, transforming REBEL into the band’s living room.