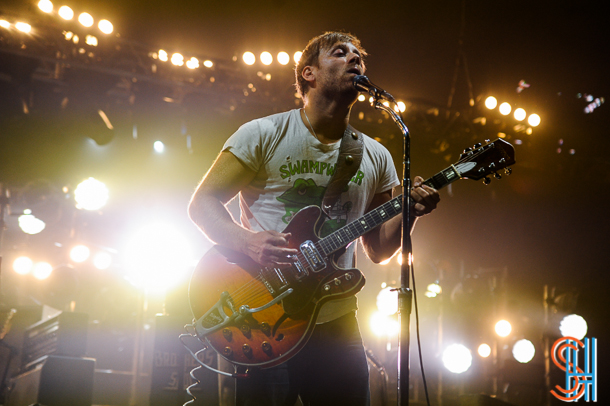 There will be a lot of debate among fans on whether or not a stadium venue is the best place to see The Black Keys, after all they’re a band that put a lot of work in smaller clubs on their way up. Bolstered by a two-piece touring band, an impressive light show, a theatrical dropping curtain, and a Nine Inch Nails show worth of video screens, it’s pretty clear that they plan on proving this is just the venue for them. Their hour and 40 minute set, drawing heavily from their four most recent releases, including this years psychedelic tinged Turn Blue, showed the Grammy award-winning Blues rockers were out to impress. While it’s not going to silence all the haters, they’ve gone a long way in showing why they belong in these venues.

They also had the sheer energy of opener Cage The Elephant working against them. The Kentucky rock group blasted through a set drawing from across their career. The band was propelled by the energy of singer Matthew Shultz, a bizarre mix of Freddy Mercury and Mick Jagger, who spent most of the set on the speaker stacks lining the stage, singing directly to the crowd. It’s a tough gig opening for a stadium show when most people want to talk through your set, but Cage The Elephant put in a set you couldn’t ignore. 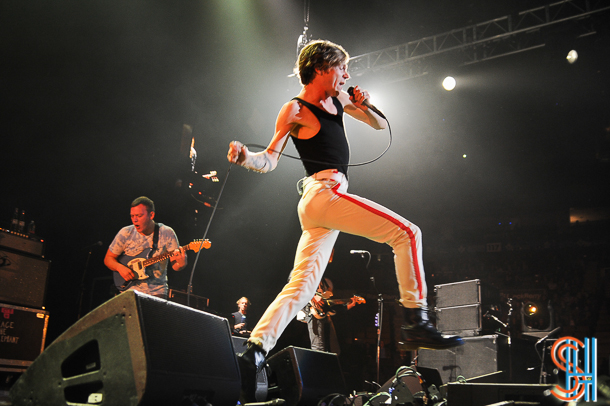 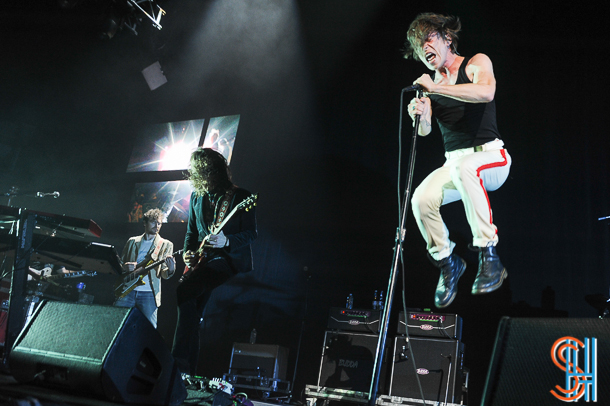 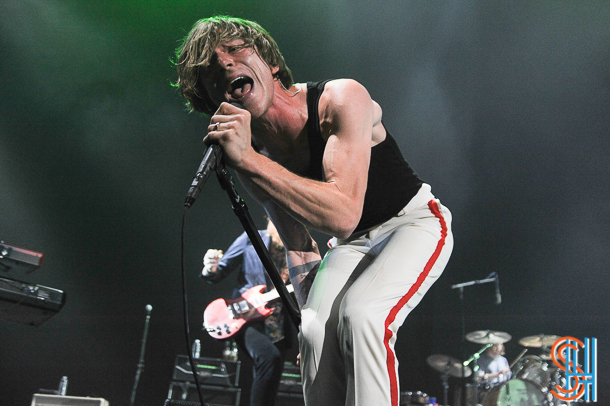 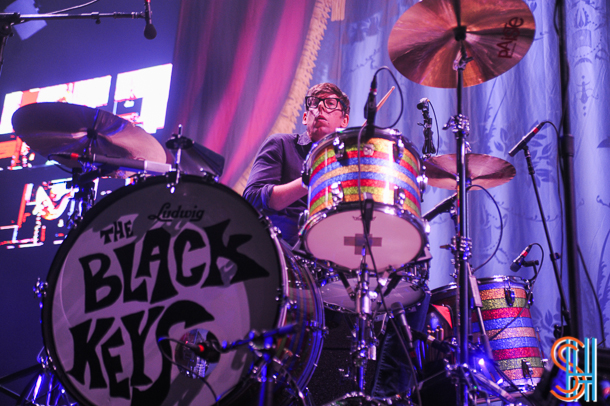 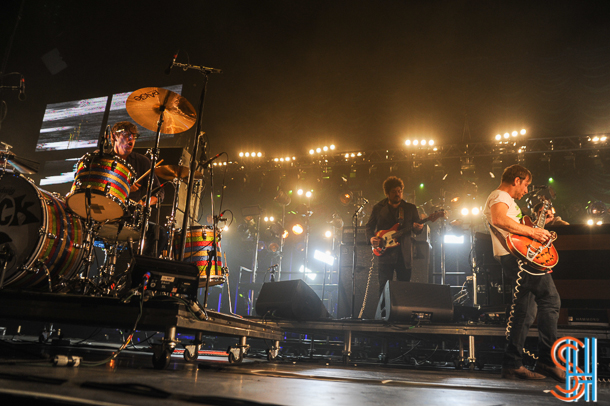