Friday night at Toronto’s Horseshoe Tavern Denver husband and wife duo Tennis made a pretty good case against their respective fear of becoming pidgeon holed as a too cute band. Though their stage presence is quite adorable, it’s a legitimate fear for a couple who make incredibly light-hearted emotive music to worry about being catagorized as a cute team, especially when you combine their love of sailing and backstory of the album which was written entirely off-land.

To counter act the too cute talk, lead singer Alaina Moore announced that a new unnamed song they had written on this tour, was about “drugs” and not the no doubt charming story one would assume she’d share, much like she did at their live performance last year at the Rolling Stone offices.

The set was pretty solid since they only have one full length album under their belts, released late last month via Fat Possum. The overheated and relaxed crowd really loved snappy farmilliar tracks like “Marathon”, “South Carolina”, and “Seafarer”, as well as the fresh songs “Hard Times” and “New Year”, which were of course about drugs as well.

If you haven’t heard Cape Dory yet, you should definitely give it a listen, and don’t sleep on getting tickets next time they come to Toronto, because you’ll definitely be missing out. 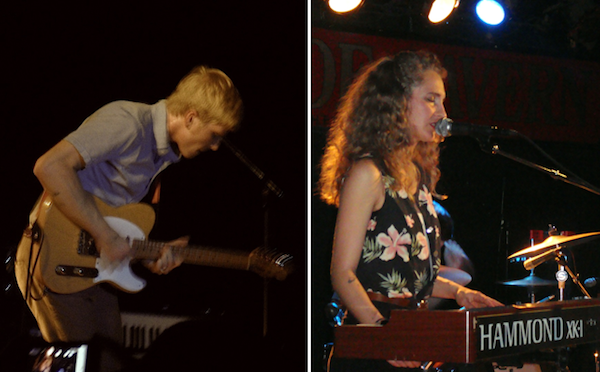