Live Music: So Loki, bbno$ and Yung Gravy at The Drake Hotel, Toronto 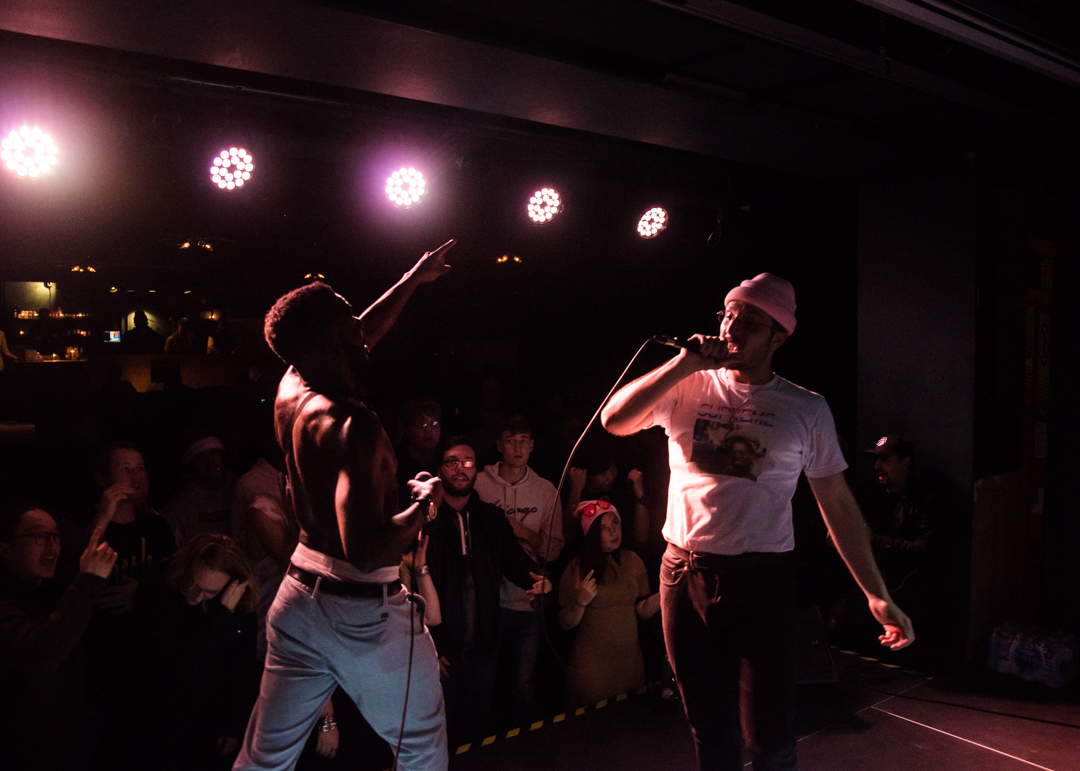 Sundays usually mark a lazy, fire-side end of the week but last night we found ourselves in the basement of The Drake Hotel checking out the Toronto stop of the ‘Whatever Tour’ featuring some of western Canada’s unique upcoming rap talent.

The night began with a charismatic set from Vancouver duo So Loki. Producer Geoff Millar and rapper Sam Lucia introduced the show with some crowd participation and had everyone rapping along to Eminem’s “Lose Yourself” before launching into an action-packed performance of tracks from their Planet Bando EP including “Spensive,” “Athletes World” and the viral hit, “Elephant Man.”

The second half the show featured performances from mysterious Vancouver rapper bbno$ and his Minnesota counterpart Yung Gravy. Fans were blown away to be seeing their favourite Internet artists – screaming and bouncing from wall to wall. The venue was at about half of its capacity but the energy felt like a full-blown sellout. Concert goers danced, stripped, back-flipped and took selfies with the two artists before following them out for a celebratory bar crawl – but not before singing along to the Canadian national anthem.

Check out all of our photos below and revisit our photos from the So Loki x OBEY Clothing pop-up concert in Vancouver here.