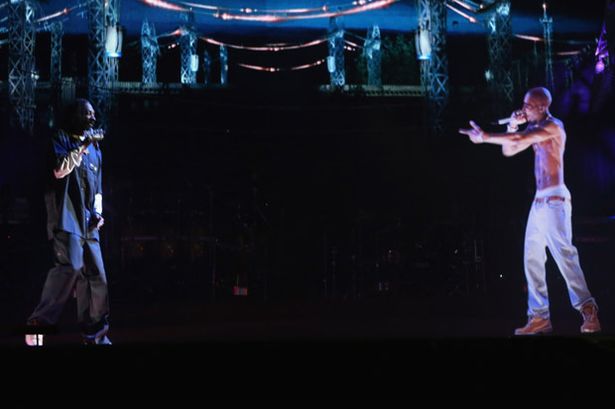 Last night the late, great Tupac Shakur joined Snoop Dogg and Dr. Dre at Coachella for their highly anticipated closing set. The legendary performance by the two hip hop titans featuring a unique and surprising opening by the late, great Makaveli! The hologram of Tupac introduced Snoop, Dre, and Coachella, then jumped into “2 Of Amerikaz Most Wanted” with Snoop, going verse for verse. Watching this made me all emotional, and even now I am still reeling from what I saw.  After the virtual Pac vanished, Eminem appeared performing “I Need A Doctor”, “Forgot About Dre, and “‘Till I Collapse”.  Also joining Dre and Snoop on stage were Wiz Khalifa, 50 Cent, Warren G, and Kendrick Lamar. Wow, what a set! Watch the Tupac intro below.