Live Music: SKATERS and Brews Willis at The Underground in Toronto 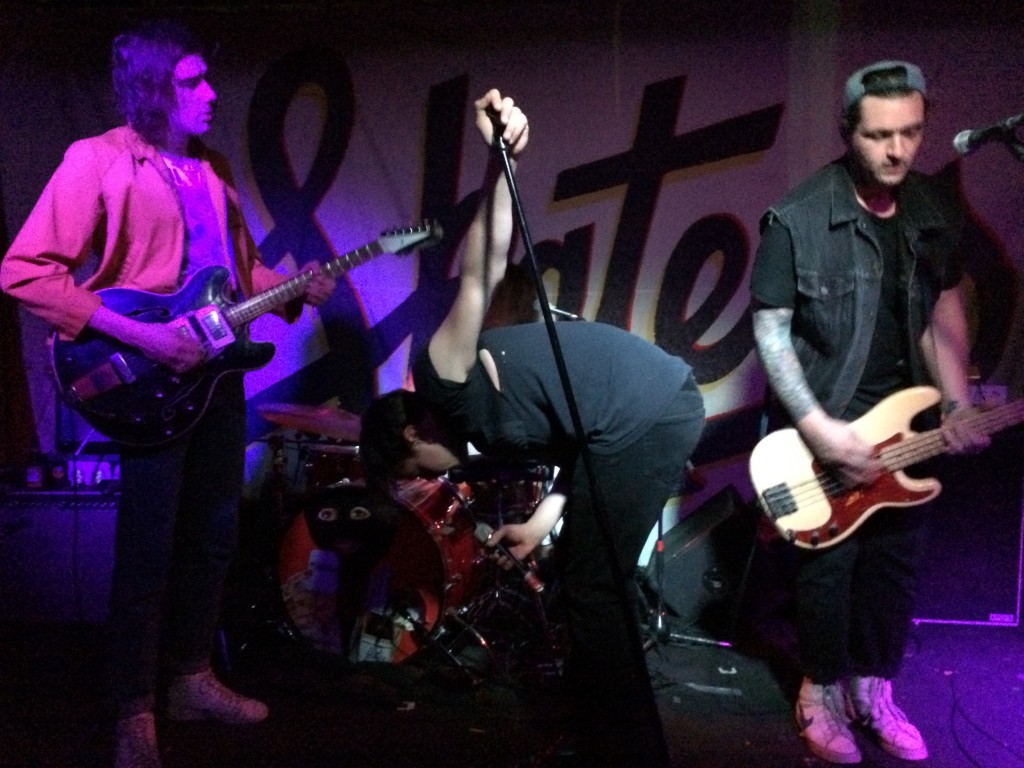 Toronto had a case of stand-entious on Wednesday evening, but that didn’t stop NYC punk-rockers SKATERS from delivering a solid set at the Drake Underground.

Let me just start off by saying “Manhatten” is one of my favourite releases so far this year. It straddles the line between melodic/punk rock and doesn’t settle for mediocrity at any point throughout the 11 tracks. If you haven’t picked it up, it’s a definite must own. But last night I couldn’t help but feel like Toronto didn’t quite give the welcoming they deserved.

Warming pleasures were handed to local surf/skate punk trio Brews Willis. Aside from the obvious killer band name, these dudes put together an awesome set filled with bad jokes and best bud banter. With summer and a new record right around the corner, get familiar and give them a follow.

Wasn’t much long after that the effortlessly talented SKATERS’ took the stage. With all 5 pieces playing an incredibly tight rendition of “Symptomatic”, all while not looking like they gave much of a shit. “I don’t usually say this, but do you guys want to move up?” said singer Michael Ian Commings, with a passive Drake crowd standing a couple feet back from the stage. Thank goodness one cute blonde girl took the request, shooting the front of the stage which cued everyone to take 2 steps forward. The rest of the set featured crowd favourites like “Miss Teen Massachusetts” and “I Wanna Dance” along with the rest of the new album and a couple covers. By the end of it one thing was for sure, these dudes are flat out talented and worth the hype that surrounds them.

But how about the next time these boys come to town we all bring our dancing shoes? Cool? Cool.