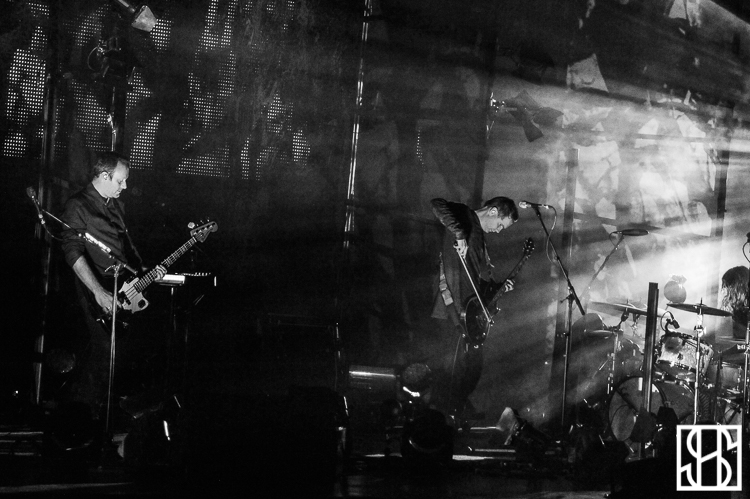 Icelandic Post Rock giants Sigur Rós played a triumphant concert to a sold out Massey Hall crowd in Toronto on Monday night. The band, recently reduced to a three piece, has been touring ever since the 2013 release of their last record “Kveikur.” They took the stage in near darkness, with an elaborate set up of screens and projections displayed across the stage and onto the audience. With a set which spanned a large span of their career, drawing heaviest from fan favourite “( )” but also most of their other records.

While they may have been reduced to a three piece, the band sounded as massive as ever. The room at Massey was absolutely perfect for them, and the crowd remained transfixed on the band, absent of the phones held in the air at most concerts these days. Jonsi’s delivery of his “Hopelandic” vocals, as well as the gorgeous sounds of his bowing were at their best in the epic crescendos which mark their most ambitious songs. Broken up by a short intermission, the band played for just over 2 hours, closing with ‘Popplagið’ and leaving the audience on a truly high note. 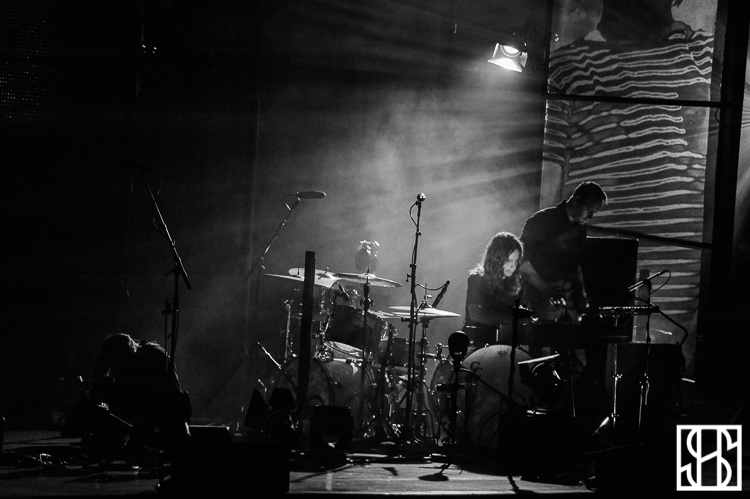