Live Music: She & Him and Joel Plaskett at TURF 2013, Toronto 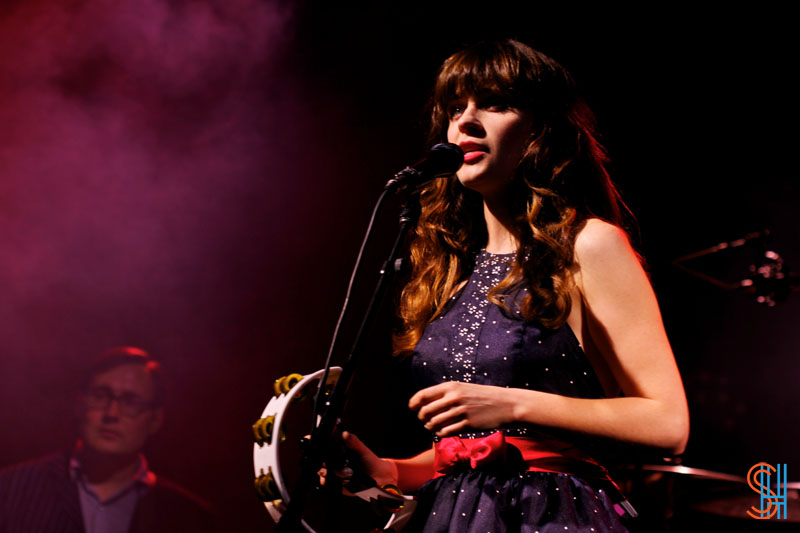 When the lineup for TURF (Toronto Urban Roots Festival) was announced, the diversity of acts instantly piqued my curiosity. From headliners like She & Him to Toronto icons The Sadies, every day of the four-day festival had something for every music fan to enjoy.

Night one of the festival on July 4th proved that this festival which was curated by the fine folks at Collective Concerts could draw equally large crowds for the previously mentioned headliners She & Him as well as East Coast heart-throb Joel Plaskett, The Barr Brothers and Camera Obscura.

I got to Fort York as Camera Obscura was finishing their set.  It was a particularly muggy evening and the haziness of the setting sun proved to be the perfect backdrop for The Joel Plaskett Emergency to tear it up.  They played so many of the classics that the very eager audience sang every word to. This included “True Patriot Love”, which was fitting given that the evening’s festivities fell on Independence Day.  Joel was full of fun banter and I nearly bawled my eyes out during a gorgeous rendition of “Natural Disaster”.

Joel’s guitar wailed as I made my way over to the East stage to get a spot for She & Him. Their set started on a weird note when an announcement played over the speakers asking people not to take cell phone photos and videos. Many people around me (and on the internet) expressed their annoyance over not being able to see the concert through their cell phone lenses.

She & Him’s sugary sweet set left my teeth aching from the saccharine of their set.  The banter was slightly condescending and the songs started to blend into themselves. The only highlights of this otherwise unmemorable set was a beautiful duet between Zooey Deschanel and M.Ward of “You’ve Really Got a Hold of Me” and the very stripped down version of “Unchained Melody” for which Deschanel was joined by her backup singers.

Part of me wonders if She & Him would be headlining festivals if not for Zooey Deschanel being the She of She & Him. 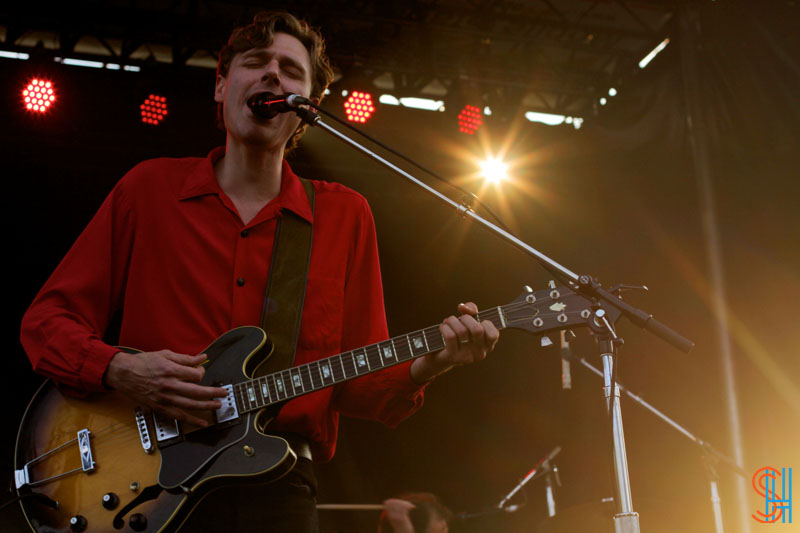 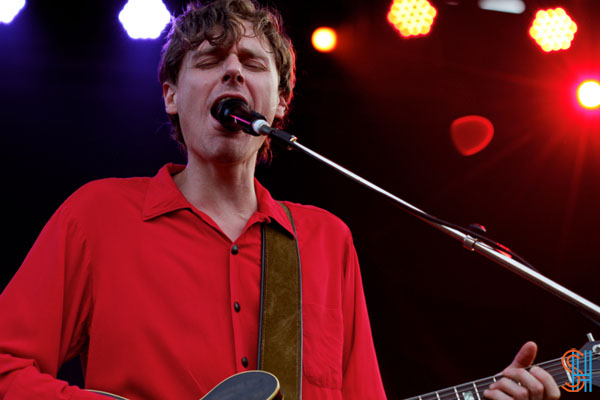 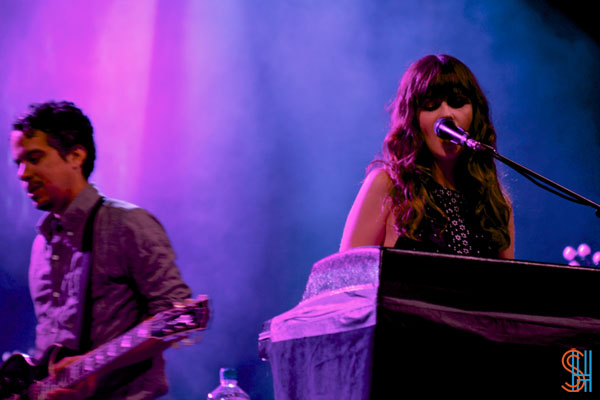 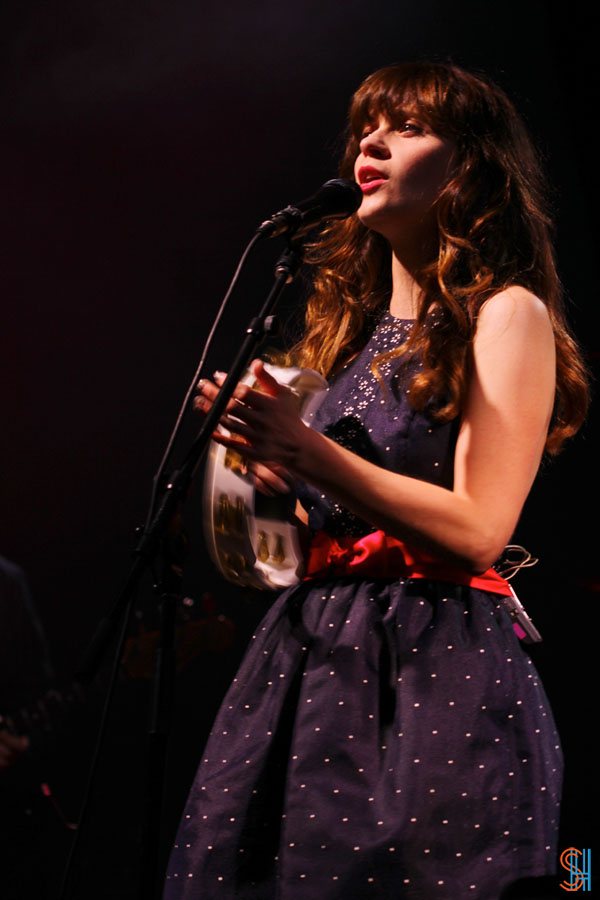 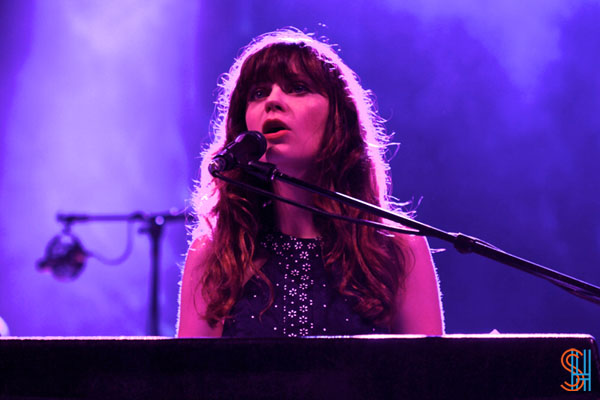 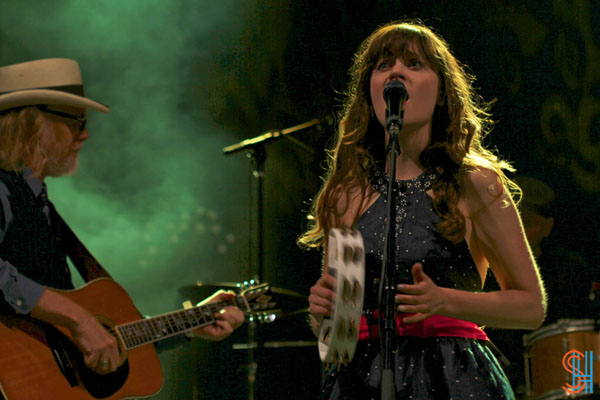 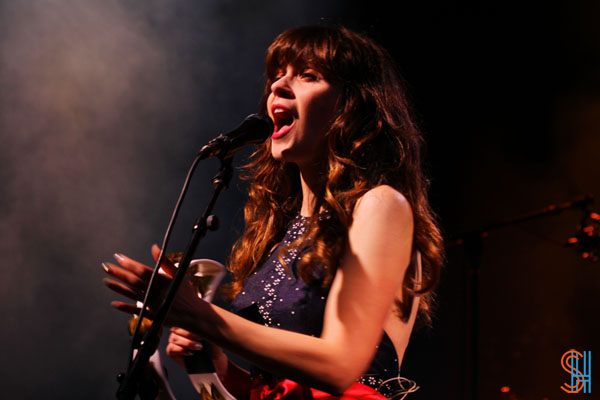