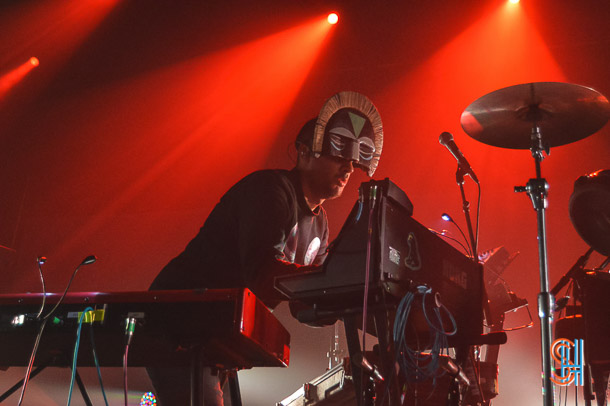 London electronic act SBTRKT played the second of two packed shows in NYC’s Terminal 5 on Monday night. Led by Aaron Jerome, they played several songs off the recent second studio album Wonder Where We Land as well as several from his brilliant self titled debut. We weren’t expecting such a fully developed live set, employing explosive drums. Jerome seems extremely busy onstage, fully in control of the set. Straight off the bat, the solar flare-like lighting overwhelms and consumes the senses, letting the crowd know they’re in for a wild ride. Employing a full screen and resplendent lighting design, SBTRKT performances are nothing short of euphoric.

The crowd’s favorite songs featured the incredible vocalists SBTRKT is known to work with: Sampha, Little Dragon, and Jessie Ware. Raury made an appearance to perform “Higher” off of WWWL and so did Vampire Weekend’s Ezra Koenig for “NEW DORP. NEW YORK.” We’ve seen Koenig during Vampire Weekend performances before and we have to say, we didn’t know he had these moves. SBTRKT shows are vibrant, electric, and 100% a great time. If you can, go to a show before he blows up even further.

Straight from the DMV, hip-hop artist GoldLink opened up for SBTRKT. Check him out as well. That kid is awesome. 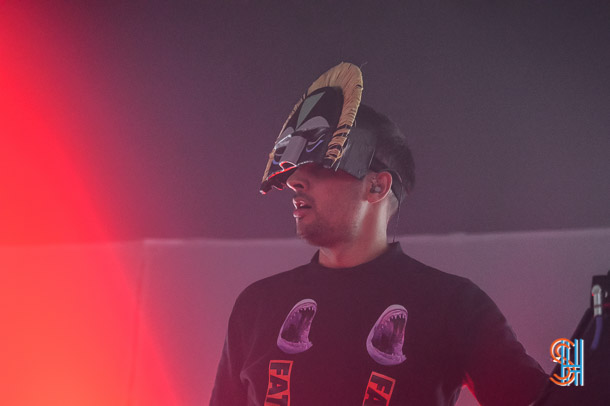 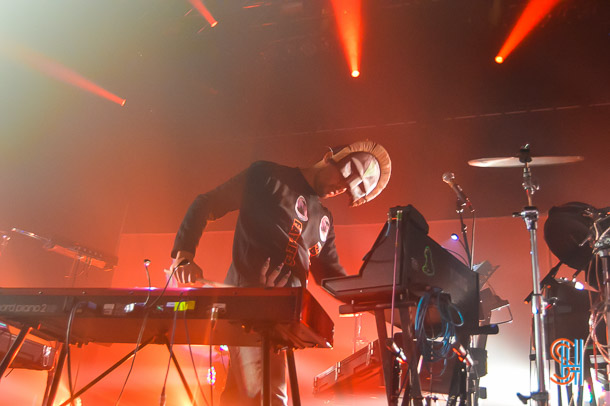 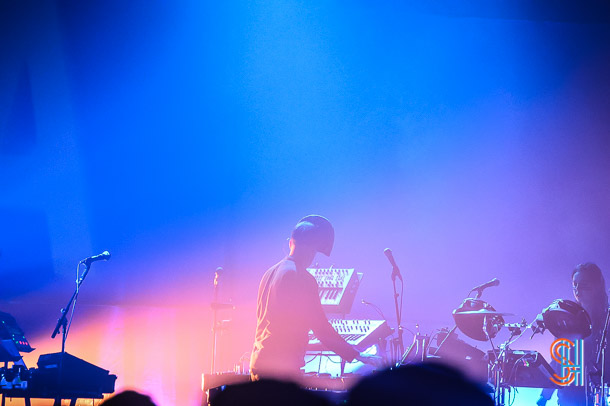 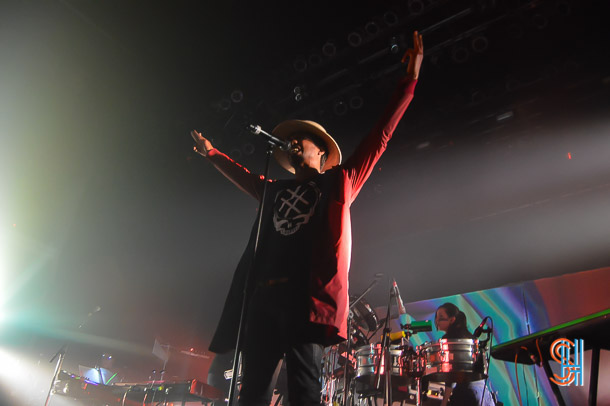 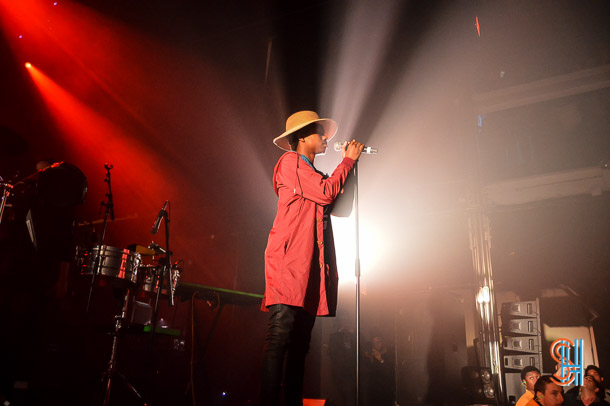 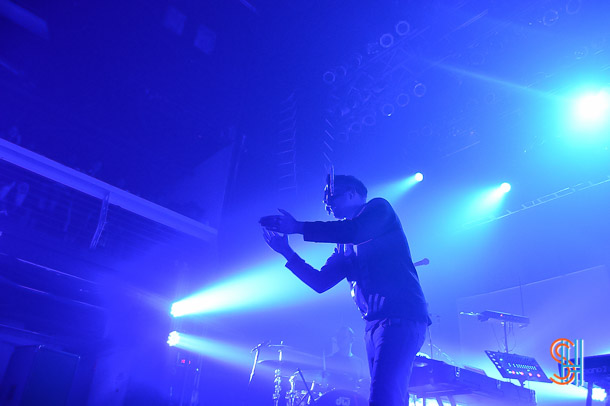 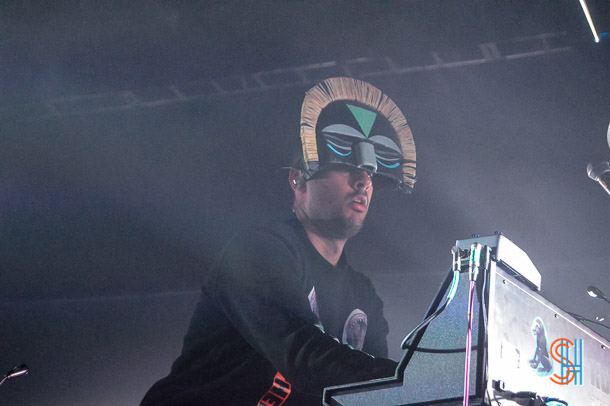 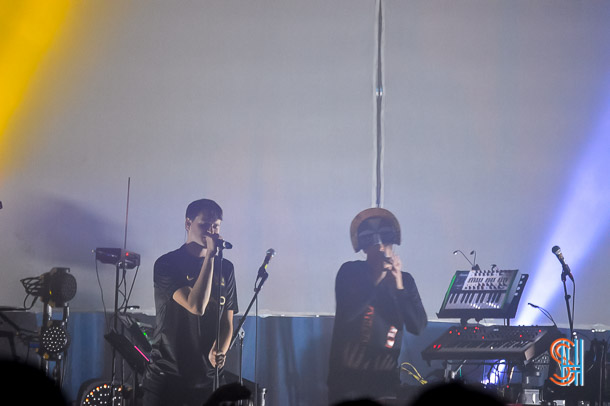 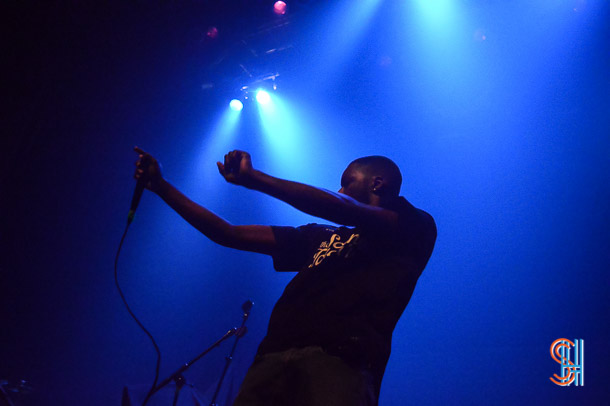